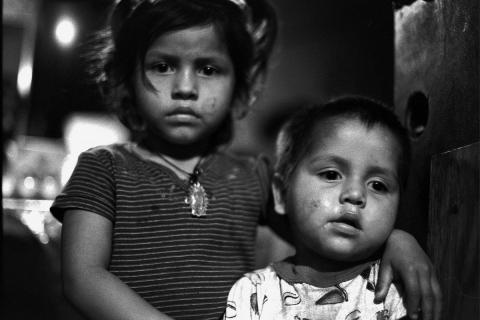 In 2017 Hurricanes Irma and Maria caused widespread devastation across Puerto Rico, leaving children especially vulnerable—but the sad reality is Puerto Rican children were some of the most at risk in America long before the storm. Nearly 6 in 10 children in Puerto Rico live in poverty, a rate almost twice as high as New Mexico and Mississippi, the states with the highest poverty rates. More than one-third of households with children in Puerto Rico receive nutrition assistance benefits and rely on that safety net to help keep hunger at bay. In the wake of Hurricane Maria this lifeline has been more critical than ever. But while nutrition assistance is under attack across our country with the threat of expanded work requirements there are unique and urgent threats to nutrition in Puerto Rico right now.

Unless Congress acts immediately before its recess, 1.4 million people in Puerto Rico, including more than 300,000 children, are at risk of losing some or all of their nutrition assistance in March. As many as 230,000 participants could lose their eligibility entirely. Puerto Ricans are U.S. citizens. Allowing these Americans to go hungry is a shameful slap in the face as they continue to recover from an overwhelming natural disaster and face a callous White House openly hostile towards helping them.

People in Puerto Rico are already shortchanged when it comes to federal nutrition help because the Nutrition Assistance Block Grant Program (NAP), their version of the Supplemental Nutrition Assistance Program (SNAP, or food stamps), provides lower benefits than SNAP although food costs are 9 percent higher in Puerto Rico than on the mainland. The disaster assistance awarded to Puerto Rico after Hurricanes Irma and Maria allowed Puerto Rico to add additional people to the NAP rolls and increase benefits but now this assistance is about to run out though many who needed it after the hurricanes hit are still struggling. For a family of four, benefits would decline from $649 to $410 a month and this could happen over the next few weeks as this month’s benefits start to be distributed.

The House of Representatives has already passed a new disaster assistance bill that includes continued nutrition assistance for Puerto Rico and the Senate must act now. Due to targeted opposition from President Trump, funds for Puerto Rico were not included in the omnibus spending bill that recently passed. But there was good news when a new disaster relief package was introduced by Senators David Perdue and Johnny Isakson from Georgia and others which provides funding, including nutrition assistance, for Puerto Rico along with disaster relief for agricultural and other damage from hurricanes, tornadoes and wildfires in a number of states. The Senate Appropriations Committee is also considering a disaster relief package. It is urgent that the Senate pass disaster relief that includes funding for NAP in Puerto Rico and come to agreement with the House before leaving for the March recess.

As a future agenda, steps must be taken to offer children, families and others in Puerto Rico the same access to SNAP provided to other U.S. states and territories. Immediate disaster nutrition relief is critical and can help identify people who were in need but unserved before the disasters struck. In Puerto Rico it shined a glaring spotlight on the shortcomings of the existing nutrition assistance program. Children and families lose out when Puerto Rico receives only a fixed amount of funding for food assistance annually regardless of need and cannot expand when natural disasters or other economic crises occur as other states and territories do. But for today the immediate need is obvious.

You can help by urging your Senators and Senator Majority Leader Mitch McConnell to allow a disaster relief package including nutrition assistance for Puerto Rico to be voted on and finally approved before the March recess begins at the end of next week. Puerto Rico’s children are waiting. We must not turn our back on hungry children in our own country.