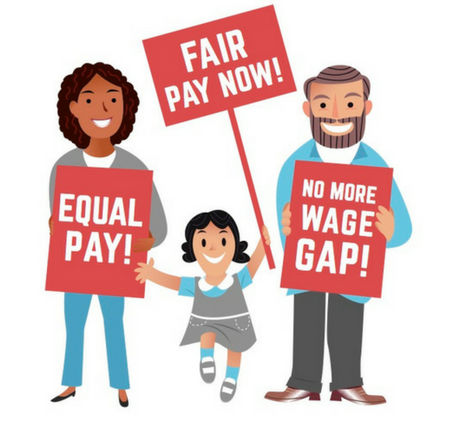 Washington State: Make pay history a thing of the past!

We've all been there. You put together your resume and cover letter to apply for a job. You're not sure how much it pays -- because they didn't share that information -- but you go ahead. You get an interview and things go well. When you ask about the pay range for the position the response you get is, "Well, how much do you make now?"

It's time to make the pay history question a thing of the past! Click here to send your legislator an email asking them to support HB 1696 and SB 5090!

Here's the problem with that question: Women and people of color are likely to have lower pay histories than white men. But employers regularly decide what to pay someone based on how much they earned in the past.

That's why 13 states and 10 cities have passed laws that prohibit employers from asking about pay history. Washington should be next! In fact, the Washington House of Representatives is holding a hearing on HB 1696 *tomorrow morning*. It's critical that legislators are hearing from you!

➜ Click here to urge your legislators in Olympia to sign on in support of HB 1696 and SB 5090 to ban employers from asking about pay history!

$18 billion. That’s how much Washington women lose to the wage gap each year. Women of color lose the most. Over the past few years, we’ve made progress toward closing the wage gap with passage of bills like pregnant workers accommodations, universalized paid sick and safe leave, paid family and medical leave, and the Equal Pay Opportunity Act. But with a problem this big, we need to tackle wage discrimination on all fronts.

We can do just that by passing HB 1696 and SB 5090 which would prohibit potential employers from asking about pay history and make pay ranges more transparent. Click here to sign on in support of these two quick-moving bills!

Opponents of equal pay policies often brush off the wage gap as a myth – or as something that only exists because of the choices women make about jobs. But that is simply not the case. Even when controlling for job type, education, hours worked, etc. economists consistently find that the gap cannot be explained away by anything other than discrimination. And that gap occurs across occupations and is largest within occupations.

Women's work is worth more than cents on the dollar. Join us in urging the Washington State Legislature to pass a statewide pay history ban! Take action now!

When we all come together to raise our voices we can make real progress.

Take Action!
Washington Legislature: Make pay history a thing of the past