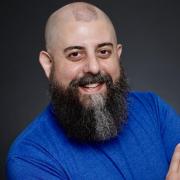 Jordan Krueger is a queer organizer, community builder, and operations leader based in the San Francisco Bay Area (via Los Angeles, Little Rock, and lots of places on the East Coast). As a MomsRising Consultant, he assists campaigners with technology training, email outreach and activism production, and also ran the GOTV Phonebanking program in the 2020 election.

Prior to joining MomsRising, starting in 2012, Jordan was a Campaign Manager at CREDO Action, where he played a pivotal role in turning the tide of public opinion about the NRA after the Newtown massacre. Later, he transitioned into the role of Director of Operations, ensuring that the small and scrappy campaigns team had all the resources they needed to serve as the progressive flank of the racial, economic, and environmental justice movements. In the aftermath of the 2008 election, when it became clear that California voters had overturned the state’s vanguard marriage equality, Jordan co-founded Equality Network – a Los Angeles nonprofit organization fighting for LGBTQ justice and leading the call to return to the ballot to overturn Proposition 8.

And in 1994, as a pioneer in community building, he founded a niche fan club that still thrives today and serves as a vital testing ground for collaborative tools and leadership development concepts. Jordan earned a BA in English Literature from Hendrix College in Conway, Arkansas.