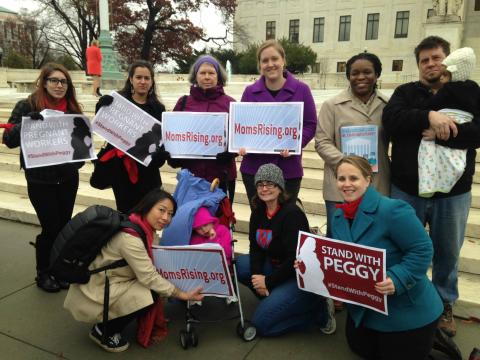 For a lot of working people, this holiday season will be one of belt-tightening rather than shopping sprees. Let’s face it, our wages just aren’t keeping up the way they used to. Here’s a fact: Average income for the least rich 90% of us has been flat since the 1970s, although people are working more hours. Not a recipe for a holiday-buying bonanza.

The answer isn’t to cut back even more, it’s to raise wages. One sure way to put more money in consumers’ pockets and place upward pressure on pay is by raising the minimum wage—a sorely needed move that is stymied in Congress, although 20 states and as many localities have raised their minimum wages over the past two years.

But that’s not the only way.

Let’s look at three other paths to raising wages where we can see progress now:

The Retail Workers Bill of Rights will require employers to give workers their schedules two weeks or more in advance. The chains will have to pay workers whose shifts are canceled at the last minute. The measure also encourages chains to offer full-time hours by requiring them to give more hours to current workers rather than hiring new part-timers.

Kudos to a city determined to turn tough retail and chain-restaurant jobs into good jobs with sufficient hours and decent wages!

Most women who have babies work during their pregnancies, but this country—unlike other developed nations—does not require paid family leave. So until we do, employers need to do what’s right and protect families and their incomes. And it’s great to see moms making a difference in the debate.

The salary used to determine whether someone is eligible for overtime protection is a meager $455 a week, or $23,660 a year. Someone making less than that amount is pretty much guaranteed overtime pay when they work over 40 hours, while someone with a salary above that amount may or may not be entitled to overtime, depending on what their jobs duties are.  This salary threshold has not kept up with inflation and is now badly out of date.  To restore overtime protection that has been lost to inflation since 1975, the salary threshold would have to be increased to $984 per week, or $51,168 per year.

The good news: The U.S. Labor Department is considering raising the threshold.

Of course, the best way for workers to increase their wages is still by joining a union. Women union members, for example, make $222 more a week than nonunion women and have the protection of collectively bargained contracts.

Do you have other ideas or examples of ways to raise wages? Use the comments section below to let me know—thanks!