Thoughts Of A Father On The Newtown Anniversary 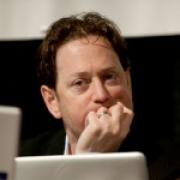 Cliff Schecter
Share This
Add your voice to the comments

It happened again. This time it was in Santa Monica, where a young man just shy of his 24th Birthday, went on a shooting rampage. He had reportedly been "hospitalized for treatment after allegedly talking about harming someone," in the past, but because of a Congress that has chosen to do nothing in the face of this threat to our "general welfare," an assault weapon was likely not even a challenge to obtain.

I have worked on this issue as an advocate for 4 years now, and have written about it in columns and/or blog posts going back a dozen years. But it is in recent years that the fight to prevent senseless gun violence has become an even more urgent task for me. You see, every day, when I walk into my office, I am reminded by a simple post-it note on my wall why I am there each day. It says "Think of Dougie and Luke." Those are, respectively, my 6 and 3 year old sons. And, quite frankly, they are my life.

Dougie was in kindergarten this year, in a class of 20, or the same as the number of 6 and 7 year olds murdered by a deranged gunman in Newtown. While I know statistics are on our side, I am not naive enough to think it can't happen here. Even if it couldn't, there are Dougies and Lukes out there across the country who deserve nothing less.

In my work life, I have taken on NRA lobbyists, board members, companies such as Living Social and video-game manufacturers, who promote the gun culture and market weapons of mass destruction to our kids. But in my personal life, as a father, this issue is also never far away. How do I ask parents of my son's friends if there are guns in the house?  How do I explain to my little men what to do if the worst is indeed unfolding around them, so that they're not unnecessarily traumatized, but also not ill--prepared? These are questions I've had to ask and answer myself, erring on the side of ensuring my kids are safe, even at the risk of ending friendships or giving them nightmares. It is not what I want to do, but what our gun-crazed society has prescribed that I must do.

Yes, I know boys will be boys, and I cherish that. When my older son climbs up to the top of the tree in the middle of the square, I have to warn him to be careful. When my younger son tries to ride his tricycle down the hill in our driveway, I have to make sure he's safe. But I love that they are little explorers, searching for the next challenge, taking on the world. Yet, should that include knowing what to do if someone wanders into the mall where they're standing with a grudge and a cache of high-powered firearms?

Like all of us, I was heartbroken by what happened in Newtown six months ago. Heartbroken, and determined. I will do what I can to make sure my little boys grow up in a world where this kind of thing isn't commonplace, another chapter in the American story that garners little notice. They deserve better than that. The little boys and girls of Newtown deserved better than that.