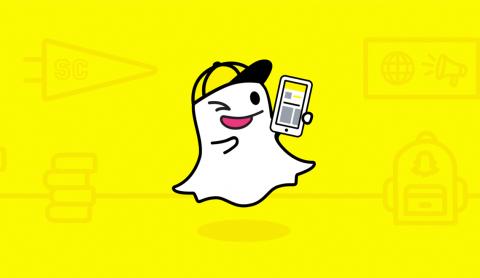 The first step toward resisting the pull of digital products like Snapchat, Instagram, and Netflix is recognizing the tricks they use to keep you hooked.

The Sneaky Science of Hooking Our Kids on Technology

Son won't turn off his video game? Daughter obsessed with "likes" on Instagram? It may not be entirely their fault. Like the high-octane sugar in a pint of Ben & Jerry's and that irresistible chemical spice in Flamin' Hot Cheetos, the ingredients in social media, video games, apps, and other digital products are carefully engineered to keep you coming back for more. While researchers are still trying to discover whether kids (and parents) can be addicted to technology, some computer scientists are revealing their secrets for keeping us hooked.

Resisting the urge to check your phone or shut down Netflix after another cliffhanger Stranger Things episode should be a simple matter of self-control. But according to so-called whistleblowers such as Tristan Harris, a computer scientist who founded the Time Well Spent movement, and Adam Alter, author of Irresistible: The Rise of Addictive Technology and the Business of Keeping Us Hooked, we humans are totally overpowered. Features such as app notifications, autoplay -- even "likes" and messages that self-destruct -- are scientifically proven to compel us to watch/check in/respond right now or feel that we're missing something really important.

Behind the apps, games, and social media is a whole crew of folks whose job is to make their products feel essential. Many of the techniques they use are ones outlined by experts in human behavior, including Nir Eyal author of Hooked: How to Build Habit-Forming Products and BJ Fogg of Stanford University's Persuasive Technology Lab. Harris argues that these methods "hijack" our own good judgment. Most teens care deeply about peer validation, for example. So it makes sense that friends' feedback on social media -- both the positive and the negative -- would tug at you until you satisfy your curiosity. You have a phone in your pocket, so why not check now? And now. And now?

What do the big tech companies say to the criticism that they're designing addictive products? They typically give the business argument, that they're creating products people love to use and are constantly trying to improve people's experience (Facebook says it polls users daily to gauge success). But soon it may be hard for the tech giants to say that they're blameless. More and more industry insiders -- including some who designed these attention-claiming features -- are coming forward to cry foul on digital manipulation and even to suggest ways companies can limit it. In fact, it's not just people who are going public. In 2017, a leaked Facebook internal memo showed how the social network can identify when teens feel "insecure," "worthless," and "need a confidence boost." That's not a problem "likes" can fix.

There is a way to fight back. Thanks to the folks who are calling out these methods, you can spot specific tricks and reflect on how they affect your thoughts and behavior. Remember: The other side wants to reduce the time between your thoughts and actions. Putting that pause in will help you resist your urges. Below are some of the key features designed to keep their grips on you. Also check out some ideas you and your kids can use to resist temptation.

Autoplay. Most notable on Netflix and Facebook, autoplay is the feature that makes videos continue to stream even after they're over. Tristan Harris calls this the "bottomless bowl" phenomenon. With a refilling bowl, people eat 73 percent more calories. Or they binge-watch waytoo many movies.
What to do. Autoplay is typically on by default, so you have to turn it off. The feature can usually be found in the app's account Settings. Here's how to turn it off in Netflix.

Notifications. Studies show that push notifications -- those little pings and prods you get to check your apps -- are habit-forming. They align an external trigger (the ping) with an internal trigger (a feeling of boredom, uncertainty, insecurity, etc.). Every app uses them, but some, such as Musical.lyand YouTube, have discovered that when notifications tells us to do something, such as "Watch Sally's new video!" or "See who liked your post!" we respond immediately. These calls to action not only interrupt us, they cause stress.
What to do. Turn them off. Most devices have a Settings section where you can turn off notifications. You should also be able to turn off notifications in the app's settings.

Snapchat's Snapstreaks. A Snapstreak begins after two users send snaps (pictures) to each other for three days straight. You might think competition is the motivation behind Snapstreaks, but it's more likely due to a psychological theory called the rule of reciprocation. Humans have a need to respond to a positive action with another positive action. Voilà, a Snapstreak is born. Kids can become so obsessed with sustaining a streak that they give their friends access to their accounts when they're unable to maintain their own streaks (which is actually a privacy risk). The rule is also at play with "like backs" -- when you like someone's post and ask them to like yours back to bolster your total number of likes. Of course, companies exploit the rule of reciprocation because more data points for them means more opportunities to understand their users and try to sell them stuff.
What to do. Help kids understand how companies like Snapchat are using their (positive) desire to be nice to their friends to get them to use their product more. If your kid's streaks are getting out of control, try allowing one time per day that your kid can send snaps, for example, after they take out the garbage, clean their room, and finish their homework. Finally, if your kids' streaks are merely annoying and not harmful, you may need to ride out this phase until your kids go on to something new.

Randomness. If you knew that Instagram updated your feed at precisely 3 p.m. every day, that's when you'd check in, right? But that won't keep you glued to your phone. Instead, social media companies use what's called "variable rewards." This technique keeps us searching endlessly for our "prize," such as who friended us, who liked our posts, and who updated their status. (Not coincidentally, it's also the method slot machines use to keep people pulling the lever.) Since you never know what's going to come up, you keep coming back for more.
What to do. Turn off app notifications (usually found in your phone's Settings but also in the apps' settings themselves). Schedule a timer to go off at a certain time every day and check your feeds then.

In-app purchases. Free games such as Clash of Clans and Candy Crush lure you in by promising cheap thrills, then offering in-app purchases that let you level up, buy currency to use in the game, and more. But the real sneaky stuff is how companies keep you playing -- and buying. The more you use the game and the more in-app purchases you make, the more companies learn about you. Thanks to games that connect to Facebook, they also know who your friends are. That lets them tailor specific products to you at the precise times you're most likely to buy.
What to do. Spring for the full, paid version of games. They're cheaper -- and safer -- in the long run.