The POWER Act: Protecting the Most Vulnerable from Corporate Exploitation 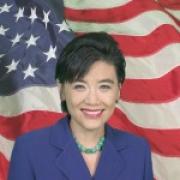 Judy Chu
Share This
Add your voice to the comments

Immigrant workers across this country face a distinct threat: unscrupulous employers intimidate or retaliate against them if they complain about illegal working conditions. Employers actually have an incentive to recruit foreign workers because they can exploit this vulnerability to underpay and mistreat them.

A shipping company called Signal International is a perfect example. In 2006, they lured more than 500 guest workers here from India under the H-2B temporary guest worker program to repair oil rigs after Hurricane Katrina. Workers were promised green cards for themselves and their families – some paid recruiters as much as $20,000 to take advantage for what they thought was the opportunity of a lifetime.

After traveling halfway around the world, the workers got here to find their hopes and dreams dashed. There were no green cards waiting for them. They lived under the threat of physical and legal harm. They endured psychological abuse. They were forced into overcrowded bunks at guarded labor camps. Their employer committed paycheck fraud.

If they so much as left their encampment, they would be fired and deported. When the workers complained, Signal International—according to court testimony by its own officers—sought strategic guidance from U.S. Immigration Customs Enforcement (ICE) on how to fire “chronic whiners” who were threatening to organize broader protests.

These employers target the most defenseless among us, but their abuses undermine working conditions and wages for all U.S. workers.

That’s why I introduced the Protect Our Workers from Exploitation and Retaliation – or POWER – Act. It allows for temporary lawful status with employment authorization to workers who have filed a workplace claim or are material witnesses in any pending or anticipated workplace claim. This will bring abused workers out of the shadows, give them the courage to stand up to their abusers, and fundamentally change the very structure of workers’ rights in this country.

As our nation moves forward with Comprehensive Immigration Reform next year, it is critical that the protections provided by the POWER Act be included in the final bill. We cannot continue to allow the most vulnerable in our society to be exploited by the most powerful corporations. Doing so will keep this country the land of hope and opportunity it has always been.