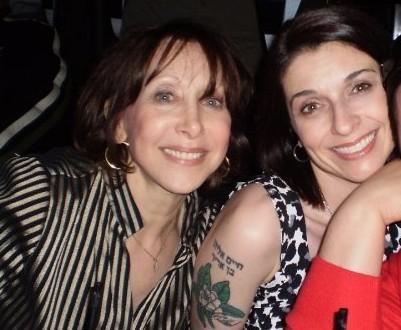 The last time my mother wasn't worried about me, on my 40th birthday, 5 years ago.

The Mother of All Worries 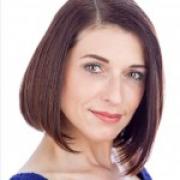 I am the daughter of a Jewish Mother, so that means my mom has spent almost every day of the last 45 years of her life worrying about me. And I have given her plenty to worry about. Nothing majorly epic—I’ve never had a baby out of wedlock, or developed a crippling drug habit, or murdered anyone—but any gray hair sprouting from that woman’s head is 100% directly because of me. She never has to worry about my brother, the successful lawyer. She only has to worry about me, the unsuccessful whatever I am.

It wasn’t always as bad as it is now, though. There was a nice 4 year period where I didn’t worry my mother so much. From 2005 to 2009, I had all my life things together so well, it was like I was a real actual grownup she could be proud of having raised. I had an awesome job on the radio in Portland. I had a great boyfriend who’d helped me navigate through my post-divorce life and find out who I really was. My sons were content because I could take them places and buy them the stuff they needed without a care in the world. All my bills were paid on time. No one was trying to take my house away from me, no one was denying me anything, all doors were open and my future was a seemingly clear path of awesome. My mother never had anything to worry about during those years, because I didn’t have anything to worry about. But then all the bad things started happening in mid-2009, and ever since then, I’ve been a non-stop source of every negative emotion a child can put a parent through. But because my mother is my mother, the worst thing I’ve done is increase her worrying. And if my mother taught me anything, it’s how to turn worrying into a high art form.

Which means, right now? My mother is the Georgia O’Keefe of worry. She is the Frida Kahlo of worry. She is the Grandma Moses of worry. I imagine her unable to sleep at night, like I am unable to sleep at night, her brain painting dark sweeps of new horrors swirled around bright dots of new worries. She has undoubtedly imagined me homeless, sleeping in my car, unable to feed my sons. Most likely she has pictured sending me every last dime she has, in order to save me since I can’t seem to save myself. Without question, she has toyed with the idea of physically harming every radio person in Portland who has denied me the chance to get back to what made me the happiest I’ve ever been in my entire life. Moreover, I’m sure she’d love to speak to every famous person who’s ever been nice to me on Twitter to ask them why they haven’t helped make me famous.

You will notice that while I know worry her constantly, I have yet to say I’ve disappointed her. Because I haven’t, not really. Or at least, not that much. Because she knows I haven’t given up on myself, which is something else she taught me. I have to believe in myself because if I don’t, no one else will. She definitely believes in me, even when it seems no one else does, and because of that, I’m still not in a petite-sized straightjacket. Yet.

The best Mother’s Day gift I could give her isn’t some store-bought card, or a brunch smothered in hollandaise, or a bouquet of flowers topped by a balloon saying “World’s Greatest Mom!” I wish more than anything that I could give my mother the gift of No Worry. I wish I could land something permanent, not just part-time, so she can unfurrow her brow, exhale completely, relax her shoulders, and sleep the sleep of the non-worried. The success I want for myself isn’t really for me, it’s for her. Because I just want her to stop worrying about me, for once and for all, forever.