The March on Washington Through a Child's Eyes 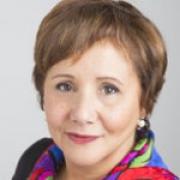 Murphy Laura W.
Share This
Add your voice to the comments

This blog post originally appeared in the ACLU blog.

I was at home when the March on Washington took place in 1963. My parents took my four older siblings with them, but at the last minute decided that, as the youngest, I should stay at home.

I was furious about being left behind. My parents had talked about the march for days leading up to the big event. They determined that having a 7-year-old might be a safety risk given fears of possible violence (which, of course, never materialized). I cried because I saw myself, even at that tender age, as an activist who belonged there, side-by-side with my family and Dr. King.

The civil rights movement was a big deal in my house. During the previous year, when no babysitters were available, I would go door-to door with my parents in my hometown of Baltimore asking people to register and exercise their right to vote. They were passionate about voting rights and felt that if the African-American community could elect its own representatives, the substandard schools, roads, and public transportation, along with the pervasive evil of Jim Crow racial discrimination, would start to get the attention they deserved. They were evangelical in their quest to register Black voters and I was a young true believer and compatriot on their mission.

My mother, Madeline Murphy, was treated very badly by a segregated Baltimore. She once had a miscarriage in a store where she was not allowed to use the "whites only" restroom and she never got over the indignity of having to endure that physical and emotionally devastating incident in public or being abandoned in a health crisis. My father, William Murphy, got a scholarship from the state of Maryland. But it paid for him to go all the way to the integrated Oberlin College in Ohio rather than admit a black man to the University of Maryland. He went to Maryland's law school only afterThurgood Marshall sued to admit Black students. After graduating and passing the bar exam, he was not allowed to join the Maryland Bar Association simply because of his race and was prohibited by law from renting office space in the downtown business district until 1964.

So my family left for the March with great hope that these laws that interfered with their health, education and livelihoods would finally start to go away.

Mrs. Brown was riveted by what she saw on TV. When the Rev. Dr. Martin Luther King, Jr. started speaking, she started weeping. I remember reaching over to her, hugging her, not entirely sure why she was crying. She said, "I'm all right, baby." They were tears of joy. In her entire life, Mrs. Brown had never seen a black leader placed in such an amazing position of prominence among so many white and black supporters. Mrs. Brown, who grew up in the South, had seen plenty of all-white crowds assembled for the lynchings of black men and boys, but she'd never seen an integrated crowd peacefully rallying for freedom, equality, and jobs.

My family came home tired but exhilarated. Even at age seven I knew that something game changing had happened. I felt it. The march fueled their hope and optimism about a better future. The march showed the collective determination of a large swath of Americans to finally end the racially discriminatory practices that affected all Black people every day in employment, voting, housing, education, public accommodations, and transportation.

That was a day of hope—of thousands of daydreams of equality, justice, and a country finally living up to the ideals that animated its founding. I haven't lost that feeling, but it's also clear that even in 2013 we have so much more to do. We still face racial profiling and the terrible problem of over-incarceration. Challenges remain for LGBT equality and immigration policy. Just a couple months ago, the Supreme Court pulled the rug out from under decades of effective voting rights protections in its decision inShelby County v. Holder.

I cried because I couldn't attend the march 50 years ago. But I've been marching dry-eyed ever since. If we can come together as a country to do something that pure and good, we really can continue to perfect our union. That's the legacy of the March on Washington for Jobs and Freedom.