The Gruesome Combination of Guns and Intimate Partner Violence 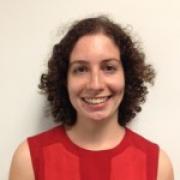 Lauren Weiss
Share This
Add your voice to the comments

Tallying up kids killed with guns was not how I’d planned to spend my morning. Yet there I was, reading through a Mayors Against Illegal Guns report on mass shootings, counting the number of kids killed in domestic-violence related shootings between January 2009 and January 2013. Part-way through, I had to get up from the computer and give myself a break from the overwhelming sadness of my task. The families and friends of those children, though, can never walk away from the tragedy that happened to their loved ones. It is a tragedy that we, as Americans, have allowed to happen through our inability to force Congress to pass gun violence prevention legislation. It is we who allow abusers easy access to weapons that they can then use to harm or kill their partners, their children, and other people around them.

As a fellow at the National Council of Jewish Women (NCJW) this summer, one of my focus areas is intimate partner violence (IPV), including the connection between ending abuse and seeking gun safety measures, both priorities of NCJW. Guns have always been a bit of an abstraction for me; I grew up in a suburban community, buffered from gun violence in part due to my race and class privilege and living relatively far from communities where people hunt for sport or for food. Firearms were not a far-off object that day, though, as I tallied up kids killed by their parents or the partners of their parents, all lives ended far too soon. The total was 43, more than twice the number of children killed at Sandy Hook Elementary, and that was just in IPV-related mass shootings. If I had to count the names of all children killed by guns in those same 4 years, I would be at it for days, because there have been approximately 11,000 gun-related child deaths in that time.

My research revealed other harrowing statistics, including the fact that abusers with access to guns are 500 times more likely to kill a partner than those without firearms. It also showed me how sensible gun safety legislation can save lives. On the day of the passing Senator Frank Lautenberg, a great progressive leader, I was reminded of the Lautenberg Amendment to the Gun Control Act of 1968, which prohibits gun ownership for people convicted of a misdemeanor domestic violence offense. Since 1998, more than 146,000 gun applications have been denied based on a conviction for IPV. Those denied applications translate to thousands of lives saved, but the law could save many more people if every gun sale required such a background check.

The people behind these numbers are why I am advocating with NCJW for background checks for all gun sales, including those between private individuals that happen at gun sales, the Internet, and the classifieds, all of which are exempt under current law. Gun violence prevention measures will keep guns out of the hands of abusers and save thousands of lives. Protecting kids is just common sense.