The Food Revolution Is Growing - Are You Taking Part? 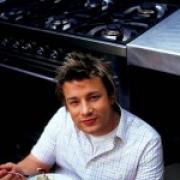 Season 2 of Jamie Oliver’s Food Revolution in LA comes to a close tonight – with Episode 6, the finale, airing at 9/8c on ABC and we hope you will all be watching!

If you are tuning into see the Season finale, why not host a finale party! Get your friends, family and neighbors together, cook up some Food Revolution recipes and watch the show together!

Although the show is ending, the Food Revolution campaign continues and we’ve been taking a look back at the last 6 months as we plan for the next:

• Over 700,000 people have signed the petition, but YOU can help us reach 1 million
• Over 80,000 followers on Facebook Food Revolution Community - join our weekly cook offs.
• Nearly 10,000 followers on FoodRevTeam Twitter – join for the latest comps and party details.
• Over 500 activist groups in the U.S, at least one in every state – search the map.

Jamie moved out to LA with the whole family at the beginning of the year to film season 2 of the Food Revolution. It was a tough process constantly coming up against the authorities but it’s proved that we need a Food Revolution and that together, we can bring about positive change.

We launched the brand new website at TED 2011 and the same time we updated our Facebook Food Revolution Community page and set up the FoodRevTeam Twitter Account to better serve the community and start up daily dialogue around the Food Revolution.
One of our great achievement s over the past six months has been the development of our Food Revolution groups. Check out our Bing Activists Map. We now have over 500 Food Revolution activist groups, with groups in every state! These groups are starting their own grassroots Food Revolution movements locally, with our support, and making the Revolution their own. Check out the map to find a local group.

Back in March we launched our USDA petition, between March 24 and April 8 over 25,000 members of the Food Revolution signed the petition and weighed in to let the USDA know that they support the proposed changes to the school meal program to get more real food on our kid’s plates.

Our successful first Milk Day of Action on June 9th saw over 300 leaders participating and last week the exciting news that the LAUSD are banning flavored milk was released! If you haven’t already, sign our sugary milk campaign to show your support and to get the latest on our campaign to bring back real white milk in schools, plus watch out for details on the next Milk Day of Action in the fall. Nationally, we now have over 52,000 signups on our sugary milk campaign. This closes in a few weeks time as we then prepare for stage 2 of our flavored milk attack in the fall so make sure you sign now to stay up to date!

We are also building the concept of a chef’s council, calling all chefs to create or join a local group and act as food champions locally. Chefs have a great skill set that to share and can help local communities, join us!

We look forward to sharing more with you over the next 6 months, hearing about your Food Revolution and supporting our growing community!

Thank you for all of your support,