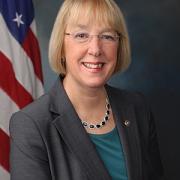 U.S. Senator Patty Murray
Share This
Add your voice to the comments

Title VII of the Civil Rights Act of 1964 was a major step forward for equality in our country. It leveled the playing field for tens of thousands of workers and opened the door to new opportunities. Unfortunately, the Supreme Court’s Ledbetter decision has become a road block to the workplace equality that Congress intended to achieve with the Civil Rights Act more than 40 years ago.

In effect, the decision may place workers who believe they've been discriminated against in a Catch-22 situation. If they file a claim too early, they run the risk of alienating their employer before they know all of the facts. If they file too late, they'll miss the narrow time frame established by the Ledbetter decision and forego their rights under the law. This decision doesn't just affect workers who've been discriminated against because of their gender. It changes the rules for the countless number of workers who may experience employment discrimination based on their race, national origin, or religion.

We all know that pay discrimination is real and it occurs in today's workforce. Last year, research showed that women sill make only 77 cents for every dollar that their male counterparts make. That's real money taken from the pockets of single mothers trying to provide for their children and women who are trying to build their savings for retirement, making them less dependent on government services. We also know that pay discrimination is extremely difficult to uncover, much less prove. In most workplaces, discussing salaries, raises and performance evaluations with co-workers is taboo.

Earlier this week during a Senate HELP hearing, I heard from Ms. Ledbetter about how this ordeal has affected her and her family directly. I also heard from the CEO of the U.S. Women’s Chamber of Commerce about how the Court’s decision hurts good faith employers. The Supreme Court’s decision is just another example of how the deck's been stacked against working families in America, and it's time for a change. I’m proud to cosponsor the Fair Pay Restoration Act, which would overturn this decision and level the playing field for workers across the board.