Anna Cecilia Blackshaw
Share This
Add your voice to the comments 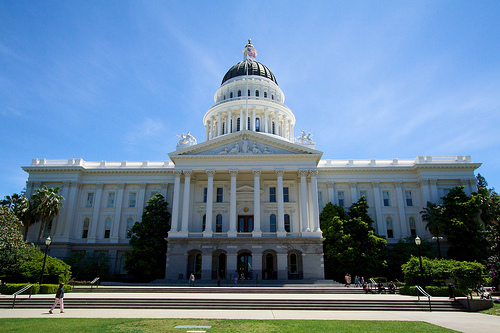 This morning, the film The Help was nominated for an Academy Award for Best Picture. The movie depicts African-American domestic workers who undertake great risks to stand up for their rights in 1960's pre-civil rights Mississippi.

For domestic workers around the country, the success of this film has made visible a workforce that has long labored in the shadows. In spite of its Hollywood conventions, the film has helped to bring this workforce front and center and has helped initiate a conversation about the conditions and experiences of domestic workers today.

This past summer, I went to see the movie The Help with several domestic workers and housekeepers in North Carolina. For most of them, the world depicted in the film was a familiar one.  Some of them were daughters and granddaughters of domestic workers, and have been doing this work since they were children. A few commented afterwards that watching the film felt like watching a movie of their lives. "I bet folks think that times have changed," one of the workers said as we watched people stream out of theater.

In fact, labor conditions have changed little for these workers since the time depicted in the movie. They are not protected by the National Labor Relations Act and are also excluded from some of the protections established in the Civil Rights Act of 1964. With no protections and no one mediating the relationship between worker and employee, employers in private homes can act without scrutiny. Domestic workers today, most of whom are women of color and immigrant women of color, will tell you that some of them continue to face hostile work environments, sexually abusive conditions, low wages and inhumane work environments.

But there is a growing movement of domestic workers throughout the country who are exposing abuses in the industry and fighting for change.

Today at the California State Capitol, hundreds of domestic workers and their children are marching to send a message to legislators that fifty years after the time depicted in the film, they still labor without basic civil rights protections. They are working to pass the Domestic Workers Bill of Rights (AB889), legislation that would provide domestic workers with overtime protections, inclusion in workers' compensation coverage, and the right to meal and rest breaks - - givens for almost any other worker in America today.

Pablo Alvarado of the National Day Labor Organizing Network once said that between anger and fear there is courage. Like the heroines of The Help, some of these workers face significant risks in traveling to Sacramento and speaking out. If you live in or near Sacramento, please consider joining the rally in solidarity. If you can’t, please show your support by contacting your local representative and asking them to support the bill. It’s time domestic workers are treated with the respect they’ve earned.