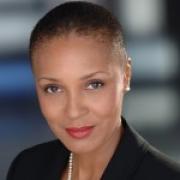 Gloria J. Browne-Marshall
Share This
Add your voice to the comments

Ms. Maxwell is also a law student, political commentator, and living with death threats. Last week, she suggested teaching men not to rape as an option to arming women with guns.

For this, Maxwell received a threat to slit her throat.

Rape remains an obstacle to female advancement. There were about 270,000 rapes or sexual assaults in 2010 compared with 556,000 in 1995, says the Justice Department. And, “1 in 5 women will be raped during their lifetime,” President Barack Obama recently noted.

Ms. Maxwell  suggested that men be taught not to rape while discussing gun control on a FOX channel program. A woman testified before Congress that a gun would have prevented her rape. Congresswoman Evie Hudak (D-CO) responded that a gun could have become another weapon in the rapist’s arsenal.

Ms. Maxwell, a guest on FOX, watched the clip of the hearing and said teaching men not to rape is one way to prevent sexual assault.

Guns, women, and rape are inflammatory issues when discussed alone. Together, the backlash was vicious. The threats made in the public domain. Jordan Meyer allegedly wrote to Maxwell: “Ur what’s wrong with America. I hope u get raped. And killed. By an out of control black man.”

Another message Maxwell received from a @jones17doug said: “You need to be gang raped to you get some common sense. You stupid b---h.”

A gun can level out the physical power of a man under certain circumstances. However, it assumes a woman without a gun is asking to be raped.

Even the gun debate makes the burden hers. It is not only her clothes, behavior, and her lifestyle. Now it's her failure to carry a firearm causing sexual assault.

At trial, gun-toting jurors could judge a victim harshly for failing to have a gun. Being unarmed could mean she did not take every possible precaution for her own safety, the logic would go.

Women’s Month began with International Women’s Day in March of 1911. Women received the right to vote in the United States in 1920 with the passage of the 19th Amendment to the Constitution.

In 1987, Congress expanded International Women’s Day to Women’s Month. Like February’s Black History Month, March allows for an assessment of progress and obstacles. The Passage of the Violence Against Women Act (VAWA) is progress.
After a heated Congressional battle President Barack Obama signed its reauthorization on March 7.

Yet, instead of celebrating the passage of VAWA, Ms. Maxwell  received death threats. VAWA seeks to reduce sexual assault on college campuses and provides funds for anti-trafficking programs.

Originally passed in 1994, under President Bill Clinton, VAWA will provide services to victims of domestic violence, dating violence, sexual assault, and stalking, including immigrants, LGBT, and those living on tribal lands.

VAWA authorizes $659 million a year, over five years, to provide transitional housing, legal assistance, law enforcement training and hotlines related to sexual assault and violence against women. Most of these programs are for rape victims and survivors. But, there is little for rape prevention.

Rape is a complex combination of power, rage, and mental illness. Ms. Maxwell knew her rapist. Rapists are neighbors and parents, co-workers and college students, boy-friends and religious figures. Rape victims are infants and elders, nuns and soldiers, boys and women.

Rapes take place at home, work, and in public spaces. If a gun is the only way to prevent rape then she would have to carry it at all times, and in all places, and at all ages. Not all men feel the need to harm defenseless women and children. But some men do.

Since not all men commit rape, it can be assumed most men learned it was unacceptable, sick, and criminal behavior.
That lesson needs to become a part of raising a boy to manhood. However, it means parents accept rape occurs and someone’s son is committing it. Then, parents must reach their children early and teach them not to harm women. These lessons are not a substitute for women who feel safer with a gun. However, it is a viable supplement to any program or weapon or act of Congress.

Zerlina Maxwell advocated teaching men not to rape women. To which a person named Michael Shapiro, of NY, wrote on Ms. Maxwell’s blog: “N----r! I hope you get raped and your throat cut. Maybe then you understand why white women have to be armed. DIE B---H!”

She alerted the FBI.

Cross posted with author permission from Politics In Color.