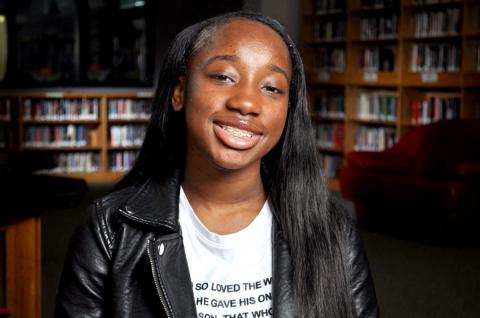 Succeeding Against the Odds

After two years of divisive, hateful rhetoric from the highest levels of government, the profoundly inhumane treatment of immigrant families, and the placing of corporate profits ahead of the basic needs of children—the poorest age group in America—the results of Tuesday’s election instilled in many that most precious resource: hope. Change began sweeping across our country this week, bringing a new, diverse set of faces into the halls of Congress, governors’ mansions and statehouses. With them comes a new opportunity to improve the odds for children. We look to the two years ahead with more hope and determination that incumbent and new leaders alike will commit to common sense, fiscally responsible and compassionate policies to help end child poverty and inequality in America. Every child deserves health care and food, schools that are equitably funded, and protection from relentless gun violence. Every child needs a level playing field and an end to the Cradle-to-Prison Pipeline® crisis.

But it is not our political leaders that give me the most hope—it is our courageous and resilient young people. I was reminded of that yesterday as the Children’s Defense Fund (CDF) honored five Washington, D.C. metro-area high school students at our annual Beat the Odds® celebration. The Beat the Odds program identifies and rewards young people who have overcome tremendous adversity, demonstrated academic excellence and are giving back to their communities. By providing them college scholarships, leadership skills and more, the program supports these astounding youths—who too many people would write off—to become the next generation of effective servant leaders. Because of CDF’s Beat the Odds program hundreds of young people who have persevered and overcome profound family challenges, homelessness, parental incarceration, drug and alcohol addiction, neglect and abuse, or gun violence have been able to attend college and become outstanding adults. They are doctors and lawyers, teachers and Peace Corps volunteers, and responsible parents. They are living proof that no one should ever give up on a child.

The five students who received honors and scholarships at this week’s Beat the Odds celebration are no different. Dajanae Dennis was delighted when her one and only sister was born in 2016. Within two months, however, her sister began having seizures and was diagnosed with Dravet Syndrome—a rare, genetic, lifelong form of epilepsy. Since then, Dajanae has had to step in to care for her sister while her mom works long hours trying to make ends meet. Balancing academics with extracurricular commitments while acting as a primary support for her mother, her sister and four brothers has been challenging, but Dajanae continues to strive for greatness. Last year she was accepted into the Upward Bound, Pre-College Program at the University of Maryland and now hopes to be the first one in her immediate family to graduate from high school and attend college.

Dieudonne Kazzembe was just a small child when his mother, father, and grandfather were killed during the Second Congo War in the Democratic Republic of the Congo. In its aftermath Dieudonne and his surviving family members relocated to Uganda when he was five. Dieudonne showed great initiative trying to learn English and emerged as a leader amongst his peers. In 2014, Dieudonne found out he would live out his dream of moving to the United States—a flight that ignited his desire to become a commercial airline pilot. He now lives with his foster parents and continues to help his peers while passionately pursuing his interest in STEM.

Sarah O’Shay lives at home with three autistic brothers helping out when needed. Since age three Sarah has had a stutter which made her a target of bullying at school. Despite these challenges, in 10th grade, Sarah was one of the first students from her middle school to gain acceptance to the highly selective Thomas Jefferson High School for Science and Technology. She had to travel upwards of three hours every day to and from school and didn’t know anyone there when she arrived, but she adjusted due to her determination to excel. She currently has a GPA of 4.3 and is highly committed to the Minds Matter club at her school, which seeks to raise awareness and reduce stigmas about mental health. Sarah plans to continue serving as a mental health advocate and aspires to study computer science in college.

As a young child living in Peru, Danitza Karen Verano Roman experienced many hardships including being separated from her mother who had moved to the United States. In 2015, Danitza was reunited with her mother after many years of being apart. Danitza struggled to reestablish a relationship with her mother while adapting to a new culture in a new country but embraced her challenges in order to overcome them. Within two years of arriving in the United States she picked up enough English to be removed from English for Speakers of Other Languages (ESOL) class and now mentors ESOL students. She also is enrolled in honors classes and a frequent community volunteer. Danitza dreams of helping others and aspires to become a lawyer.

Betty Pei-Lin Xiong and her mother came to the United States from China seeking a better life after Betty’s father abandoned them. In 2016, Betty was hit by a car. While in the emergency room she wondered why she didn’t feel any pain or remember the accident. After discharge Betty spent countless hours trying to understand what had happened to her which ultimately ignited a passion for neuroscience and biological sciences. Although she missed a lot of school and dealt with headaches and other injuries, she was able to maintain a 4.0 GPA and stay on the honor roll. Betty aspires to study medical sciences in college and dreams of becoming a neuroscientist.

These amazing young people have beaten formidable odds stacked against them, challenging our notions of what is possible and inspiring us all to persevere despite setbacks. But the truth is, our children should not have to struggle so hard to beat the odds. You and I and our political leaders must improve and even the odds for children, especially children of color and those living in poverty. Across our country children are crying out for us to protect them from hunger and homelessness, abuse and neglect, and gun violence and bigotry. It’s time to hear and help them. If the challenge seems too great or our political system seems too broken, just remember the example set by these and other brave young people across our nation and commit to fight for their future and countless others like them.