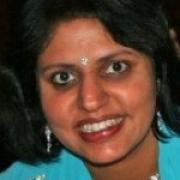 Today marks the dawn of a new era in California's immigrant communities.

This victory belongs first and foremost to the brave undocumented Californians facing deportation after minor or wrongful arrests who came forward from the shadows and told their stories in hopes that other community members would not endure similar injustices. But all Californians will reap the benefits of increased trust in local law enforcement.

Soon, immigrant Californians and their family members will have the confidence that minor or unjustified arrests for things like selling food without a permit or having dogs that bark too loudly will not lead to extended and costly detentions in our local jails for deportation purposes. Victims of crimes like domestic violence who are mistakenly arrested will in large part no longer have to fear that a second nightmare - that of deportation proceedings - awaits them. Thousands of aspiring citizens will no longer have live in fear that these minor arrests will lead to deportation.

As study after study has confirmed, the vast majority of the people targeted for deportation either had minor convictions or none at all. Today's signing is also an important step toward upholding the vital constitutional principle that this dysfunctional deportation dragnet should not be a backstop for our system of criminal justice.
Governor Brown's historic signing of the TRUST Act is one of several key legislative victories for immigrant communities championing inclusion and participation (like AB 60 - Drivers' Licenses and AB 1024 - law licenses) and protecting workers (AB 241 - Domestic Worker Bill of Rights and several anti-retaliation bills.) California has truly recognized that immigrants are a crucial part of the fabric of our communities, and 2013 truly is the "Year of the Immigrant" in Sacramento.