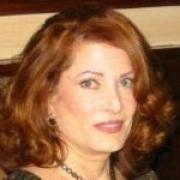 Beverly Rains
Share This
Add your voice to the comments 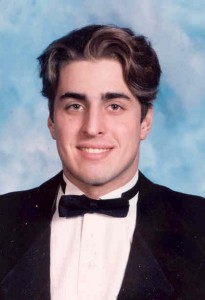 For many years I have heard, read and observed the ad nauseam rhetoric, conjecture, and Theater Of The Absurd gun control debate. I find it astonishing that there are still United States citizens who would subscribe to the misguided and intentionally misleading notions espoused by the NRA, the mouthpiece for the firearms industry. This is particularly notable given the numerous successful examples readily available just beyond our borders. The NRA, hijacked by an extremist minority and the firearm manufacturers, no longer listens to the voice of its own mainstream members and has embarked upon the orchestration and proliferation of lies and misinformation from their fabricated data to their lobbied concealment of firearm death statistics.  It was within this environment that Congress ignored common sense and the will of the people – even the preferences of the general membership of the NRA itself – to take a self-serving vote against the most basic of background checks. So much for “Profiles in Courage.”  But just as the tide turned against tobacco smoking, the tides of change for more controls over gun ownership are already forming.  Sandy Hook is that rallying cry.

My father and grandfather were careerists in the United States Navy, and their ancestors before them harkened back to the American Revolution. Hence, it should come as no surprise that when I married, it was to a man with a United States military career. Part of my working career was for the Headquarters of United States Army, Europe.  I’m familiar with the mindset and military culture as a whole and that guns are necessary for the defense of our country.

I know that compromises can be achieved.  My Army trained husband was raised in Alaska and his family is from Alabama.  I'm a Yankee and identify with a very urban lifestyle. When we purchased a home in the Western Maryland Mountains and discovered copperheads in our backyard, he was not going to rely on a shovel to protect himself or his family. However, this issue has progressed much too far beyond protecting oneself from snakes both large and small.

With the grounded perspective that there is a legitimate role for firearms, I prided myself on being informed about the dangers of introducing firearms to an impressionable, impulsive, high-risk adolescent. In 1994 while spending time with his buddy, my 19-year-old son purchased a handgun at a flea market in the Appalachian Mountains of West Virginia, the area from which his great-grandfather fled for economic opportunity.  I have yet to be enlightened how this was the appropriate venue for the sale of a lethal weapon. Licensed firearms dealers are prohibited by federal law from selling a handgun to someone under the age of 21. However, any private sale renders that federal law irrelevant.

Weeks later he was arrested in a parking lot in Virginia for carrying the handgun in the trunk of his car.  One week following his arrest, my son obtained a shotgun from a neighborhood Kmart in Virginia. Speeding down I-95 in a panic, with the shotgun in the front seat and being chased by three state police, my beautiful boy put the muzzle in his mouth and pulled the trigger.

Despite years of reflection, I have not found a reasonable justification as to why my son was able to acquire a firearm in this country; not as a mother, nor as a well-read, well-educated human being, not as a descendent of the American Revolution, and not as an American.  I hardly think that my father, grandfather, and extended ancestors fought for my 19-year-old noncombatant son’s right to buy a handgun at a flea market, to protect himself in my home.  Nor can I comprehend how a retailer with every manner of legislation and regulation attached to the merchandise being peddled, can sell a weapon to a minor with a recent arrest record, in order to efficiently kill himself. But of course, without a required background check and the sharing of relevant information, how would they know?

It's uninformed, dismissive and primitive to suggest that Ryan would have killed himself regardless of whether a gun was available.   That tattered argument belies the lethality and immediacy that only a firearm renders and is opined by only those that are not familiar with the scope of suicide.  Yes, the crushing pain of my son's death was mitigated by the knowledge that he didn't take anyone with him.  However, in an enlightened society what does that say about the sanctity of life that seems to be espoused by those that beat the Second Amendment drum of 1791.   But hey, don’t get me started on the literal translation of anything and how a faction of “folks” interpret words as facts, particularly when they’re scrambled at will.  Many of these same people don't understand a prepositional phrase and how it modifies the context of what follows when they read one. There is a reason why the NRA insists upon dropping “A well regulated militia, being necessary to the security of a free state,” when reciting the 2d Amendment.

To paraphrase, your rights end where my nose begins.  All this talk about rights manages to disregard the fundamental right of a citizenry to live free from the fear of gun violence. Moreover, lax regulatory oversight has demonstrated a blatant disregard for a parent's right to determine whether their child living in their home has approval to bring a weapon into that home.  Anyone who would dismiss that our current state of gun violence in this country is anything short of terrorism is clearly not in touch with reality.

In the 1980s I lived among American expatriates and U.S. government and military personnel in a beautiful area outside of Heidelberg.  I recall a conversation with a female soldier stationed in Heidelberg as we shared our impressions regarding our eventual return to the States.  She conveyed that she was anxious about her return given the violence in the United States.  I had a sense of foreboding.  The irony is difficult to escape.  Within months of my family’s return, an old friend with whom my son had been reunited found his father’s pistol and put it to his head.  That boy was 14.  Several years later and 500 miles away, my son’s cousin killed himself with a rifle.   Since I buried my boy I have attended two additional funerals, several years apart, where parents were mourning the loss of their sons by gunfire who were just on the brink of manhood.  Both young men were murdered and both boys lived in upscale neighborhoods in the Washington, D.C. Metropolitan Area.  Neither of them was involved with gangs or the drug trade.  In both cases these boys were ambushed and thus any attempt at self-defense would have been for naught.   The death of one young man in this manner is inconceivable, being personally privy to the death of five young men by gunfire is simply too obscene for this mother to comprehend.  As a military brat, I lived in a number of towns in the 1950s and in the City of Philadelphia and it’s environs in the 1960s, without ever experiencing the death of a young family member or friend to gun violence.  Today it has become commonplace.

Most of us can remember the terror surrounding the 2002 sniper in the Washington, D.C. suburbs. I will not soon forget an outing to a film in October of that year with my sister and my (then) 77-year-old mother as we ran zigzag from the parking lot to the theater entrance.  It reminded me of 1998 Kosovo news clips. Military training would have been helpful, though carrying a weapon would not have been.

Any human being who believes that this country is an island unto itself, and that the citizenry should be held to a human decency substandard, where money talks and the hands of the domestic abuser, mentally ill, the gun lobby and the greedy are clenched together, is a society that no loving, thinking, breathing  human on this planet should expect to enjoy life.

Obtuse rhetoric turned a blind eye to my right to regulate my son’s purchase of a weapon, thanks in-part to the NRA, an organization which champions the unequivocal right of every man, woman, and child to be afforded unfettered firearm access and through byzantine logic, ensures sufficient loopholes remain that extend this “right” to criminals, the mentally ill and even terrorists.  Currently, gun shows, the internet, newspapers, flea markets, yard and garage sales are all pathways for the legal private sale of firearms. There are no minimum age requirements, background checks, waiting periods, licensing, registration or training to purchase firearms through those mediums of exchange. Without regulations these venues are nothing more than the endorsement by our elected officials, for the privatizing of wholesale distribution and slaughter of our people and yet it has remained ignored, neglected and open.  This is not a Second Amendment issue.  This is a moral imperative for the United States of America to evolve beyond being a First World country with lax and inconsistent Third World gun laws.

In the end, one can always argue numbers, the relevancy of the NRA, or the grammar and sentence structure of a document drafted over 220 years ago. That's okay. What isn’t, is the morally bankrupt notion that the exorbitant number of dead Americans killed by gunfire in our own backyards can be dismissed with a shrug and a cavalier regurgitation of the twisted logic that frames the greater part of the anti-gun control movement.