Rooting for Passage of Paid Sick Days in Philadelphia 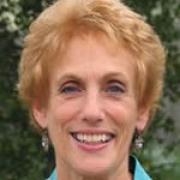 Every night a second grade teacher washes the top cover of her reading couch because some child has had to come to class with the flu rather than staying home alone.

A principal describes the number of high school students who miss school to stay home with a younger sibling because a parent can’t afford to miss a day of work.

A hospital official laments the number of seniors lining the hallways because adult children can’t get off work to pick up a parent after an appointment or minor procedure.

These are the images I carry around – these and the faces of workers who drag themselves to work when they’re sick, or who lost a job because they were a good parent or daughter or son.

Above all, I carry the picture of children who send themselves to school sick or injured because they don’t want their mom to lose her job.

Some of the opponents of paid sick days, I’ve realized, simply don’t see these images. The folks I know, the ones who care for the sick and elderly, who serve us food and clean our buildings and drive buses or package goods, are just invisible to many lobbyists and politicians.

Even worse are those who claim to oppose paid sick days in the name of low-wage workers. “You’ll drive business out of the city,” they shriek, “and hurt the very people you want to help!”

These opponents conjure up fuzzy math to advance their cause. Like the economist who just produced a so-called study for the partisan National Federation of Independent Businesses in Philadelphia, they wildly exaggerate costs and neglect to mention the benefits to employers of lower turnover and health care costs, higher productivity and quality.

You can read the specifics in a reply from economists:
http://www.earnedsickdaysphilly.com/2011/05/nfib-economist-report-on-earned-sick.html

Many of us have a different kind of expertise – our own experience, and that of our friends and relatives and the people who are members of the organizations we belong to.

Here’s what I’d like to say to any opponent of a modest, long-overdue standard like paid sick days:  If you don’t want to support this modest because you don’t like to give up any power and want to attack  workers and their families, fine. Just stop telling us you’re doing it to save jobs.

According to the National Opinion Research Center, nearly one in four workers (23%) has lost a job or been threatened with job loss for using time off for personal or family illness. Those most in need are the ones least likely to have paid sick time, working in jobs most likely to infect others.

All the member groups in Family Values @ Work are boosted by the work of our partner, the Earned Sick Days Philly Coalition. Thanks for making visible the reality of so many people in that city who have to choose between caring for their children or being able to support them.

We’re rooting for you!