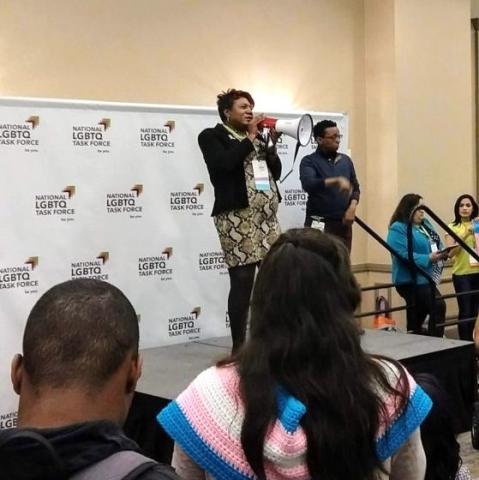 Monica speaking through a megaphone at a rally for Black trans lives at Creating Change 2020 in Dallas, TX. Photo by Ruby Sinreich.

Monica Roberts, the original TransGriot, just passed away. She was an absolute titan. In the early blogging days I heard about her pioneering work, telling stories of people that hardly anyone was even thinking about at the time, especially online.

She received a lifetime achievement award at the Creating Change conference that I attended in January this year in her home state of Texas, where she was very well known and respected in politics as well as the queer community. At the conference there was always a flock of people around her. Everyone knew who she was and adored her.

Tragically, there are not enough elders in the trans community, even less Black trans women. She meant so much to so many people. She is absolutely one of the great giants on whose shoulders today’s leaders stand.

This tweet includes a nice video introduction to her.

LGBTQ activist and creator of the TransGriot blog Monica Roberts died this week, according to trans activists.

In 2019, AJ+ spoke to Roberts about her reporting on the trans community: "I wanted to role model what good coverage looked like." pic.twitter.com/wv91fNqtSo

I took this photo of Monica speaking through a megaphone at a rally for Black trans lives at Creating Change 2020 in Dallas, TX. 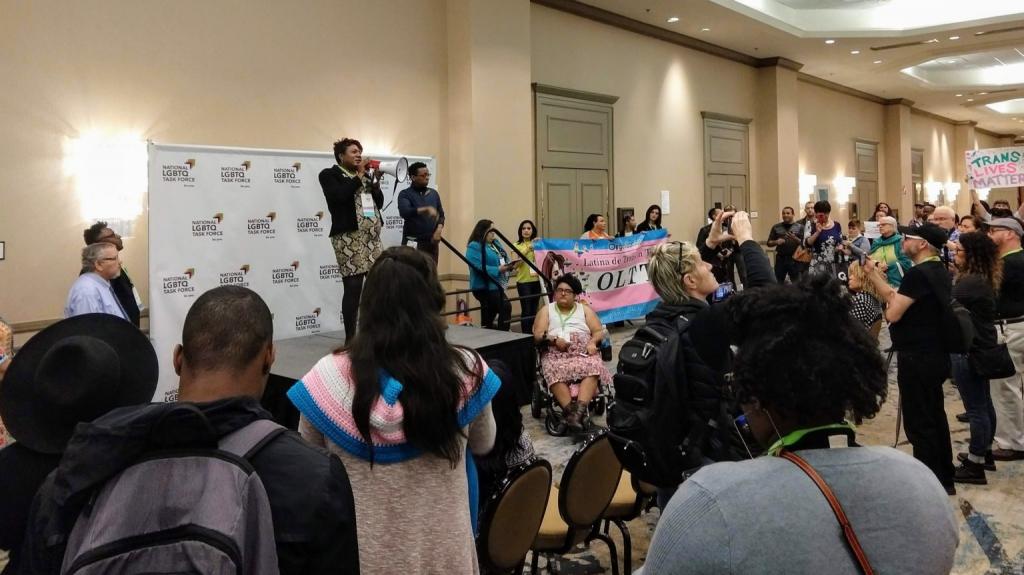