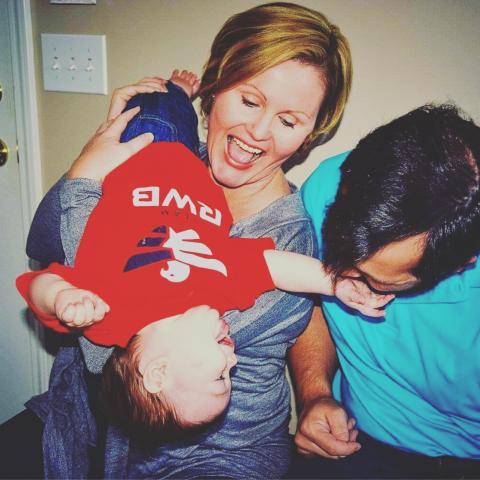 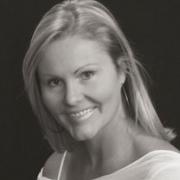 Dr. Kate Hendricks Thomas
Share This
Add your voice to the comments

My name is Dr. Kate Hendricks Thomas, and I am a public health professional whose research focuses on the well-being of military-connected women. Long before I became an academic, I was a Marine Corps Military Police Officer. I served from 2002-2012 in garrison commands, overseas in Iraq, and aboard Parris Island, the training command where the Marine Corps makes Marines. I loved the Marine Corps; it was my identity, and Marines are my people. Unfortunately, I did not know that my military service came with significant risks of toxic exposure. In 2005, as I ran laps around the burn pit in Fallujah, I never imagined that I would be diagnosed with a terminal cancer before I turned 40.

My watch as a Marine is over, but I still feel a tremendous responsibility to the community I call home. We need to raise awareness about toxic exposures so that other women veterans know their risks, push for early screenings, and receive VHA and VBA benefits if their exposures become diseases. For this reason I strongly support the Presumptive Benefits for War Fighters Exposed to Burn Pits and Other Toxins Act.

My deployment to Iraq fell in 2005. I was stationed in Fallujah but convoyed often to Baghdad, al Hillah, and Ramadi. The burn pits of Al Anbar province were a constant, ignored presence. After all, I was 25 and invincible – I knew Improvised Explosive Devices were a risk, but paid no mind to the flaming poison surrounding me.

I left the service and returned to school, along the way marrying a wonderful man and having a son. I was at an annual primary care appointment at my local VHA in 2018 when my provider made an odd comment. “I want you to go get a mammogram, Kate. Based on where you’ve been stationed it is a good idea to do it early.” That mammogram led to a diagnosis of metastatic breast cancer; I had terminal cancer at 38 and a three-year-old at home.

As I sought treatment, I was dismayed by wait times at the VHA facilities when it came to getting scans and appointments. Things must move faster in the stage IV setting, where a delay in treatment can lead to unexpected disease progression. My local VHA treated a great deal of prostate and colon cancer, but seemed surprised by a young woman veteran seeking care there. For this reason, I sought (and still do seek) care in the civilian cancer sector. This is the reason that bills proposing merely to open VHA access to veterans are insufficient. Without a list of presumptive conditions attached to benefits, women veterans like me will not get the care we need unless we personally pay for it.

My oncologist expressed surprise at the heterogeneity and aggressiveness of my cancer. She ran tests and next-generation sequencing and we learned that I have no genetic risk factors for this; my cancer is an anomaly. For this reason, my oncologist told me that she believed my cancer was exposure-related, as such cancers tend to behave aggressively, mutating often. I don’t have one type of breast cancer; I have three.

I reconnected with the only other woman I was stationed with in Iraq. She has the same type of cancer. Anecdotal as it may be, this clue led me to even more strongly believe that burn pits in Iraq created this illness in both of us.

My medical team wrote letters of support for a VBA benefits claim that was denied, as was my appeal. My son will not receive survivor’s benefits and my family will have to shoulder the financial burden of my specialty care as long as I am able to live unless the Presumptive Benefits for War Fighters Exposed to Burn Pits and Other Toxins Act is passed.

Passage of the Rubio/Gillibrand toxic exposure bill will provide survivor’s benefits for my young son and take care of veterans who are paying the true cost of war for all of us.