#RADIO – Breastfeeding – The Controversy and the Reality

Breastfeeding.  By now, we all know that New York City Mayor Michael Bloomberg supports it due to his recent policy to make breastfeeding a priority in New York City hospitals. We also know that with his support, he ignited a firestorm of controversy that made headlines across the nation.

What could possibly be so controversial about breastfeeding? 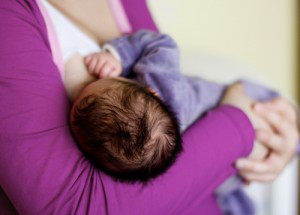 On this show, we discover the answer to this question and so much more. But first, I’d like to share some data to ground us in our conversation. So hold on to your hats for some awesome stats!  Over 80 percent of women in the United States have children by the time they’re 44 years old.  Of those women, 75 percent start out breastfeeding, but only 13 percent end up nursing exclusively when their babies are 6 months old as doctors pretty much universally recommend.

That is a tremendous gap.

During this show, we go beyond the hyped-up tabloid style controversies about breastfeeding and we delve deep to uncover the real deal about where this gap is coming from, what can be done to close it, and why it matters.

**You can hear all about it by clicking here to get the podcast: http://itunes.apple.com/us/podcast/moms-rising-radio/id533519537

Ashley Foxx, Advocate and mom who took on the LSATs over not allowing breastfeeding breaks during testing

“Breastfeeding – The Controversy and the Reality” MomsRising Radio with Kristin Rowe-Finkbeiner Highlights:

“It’s a voluntary request of hospitals to move ahead with improving breastfeeding outcomes by first of all enforcing New York state hospital regulations, which have been on the books for quite a few years, that say we really should not be giving formula to healthy breast-fed babies unless there’s a medical indication, or unless the mother requests it.”

“We’re asking hospitals to uphold a standard that has been set for them for a very long time.  We’re also asking them to limit access to infant formula by the staff.  And that doesn’t necessarily mean locking it away and hiding it from people.  What it means is that staff have to be accountable for the formula that they do give out to new mothers.”

On the core goal of the NYC Breastfeeding Initiative (At 7:19on iTunes http://itunes.apple.com/us/podcast/moms-rising-radio/id533519537)

“What we’re trying to do is to have mothers go home having the confidence they need and the support they require to breastfeed successfully and do it exclusively over a long duration.  The 90 percent of women who start, by seven days are already supplementing their infants with formula and so the opportunity for the hospital to be able to help her is really a very small window of time.  They have two to three days in which to work with the mom who’s not breastfed before.  And many of our moms are not going home to moms who’ve breastfeed them.  So the support that women need is critical and if you start formula feeding, the mother’s milk won’t come in it won’t be as much of it and she’s less likely to be successful.”

On how NYC’s doctors and nurses are responding to this new breastfeeding initiative: (At 9:55 on iTunes http://itunes.apple.com/us/podcast/moms-rising-radio/id533519537)

“I think we were extremely delighted to hear 28 of the 40 hospitals are participating in this initiative, this voluntary initiative.  And certainly when we started, we thought, “Yeah, maybe five or six hospitals might be interested.  Maybe more because over the years we’ve worked with at least 18 hospitals on different breastfeeding projects.  And so, we were amazed that that many hospitals thought it was important to limit formula exposure, to increase their education for their staff, and to actually assist mothers who say that breastfeeding is what they desire.”

On breastfeeding recommendations – what are they and who’s making them?  (At 15:16 on iTunes http://itunes.apple.com/us/podcast/moms-rising-radio/id533519537)

“The recommendations come really from what we know in terms of the literature and the nutrition for the baby in the first year of life and on; and so the recommendations come from the World Health Organization and then also from the academies of the various medical groups. The American Academy of Pediatrics, of course is the big one for infant feeding, and then the American Academy of Obstetrics and Gynecology and the Academy of Family Practice.”

On the benefits that breastfeeding brings to the mother and to the child (At 19:34 on iTunes http://itunes.apple.com/us/podcast/moms-rising-radio/id533519537)

“Well it’s such a cool thing.  I love to talk about this. We’ve evolved as a species over a very, very, very long time, and as we evolved, our milk has evolved for our babies as well.   And if you look at the milk of different mammals, it’s very different.  Cow’s milk is different from human milk, which is different from whale’s milk, which is different from any other mammal’s milk.  They’re different in composition and the reason is that it’s made specifically for that species.  So we say that milk is species specific.  So milk is made for exactly what our babies need at exactly that time of life.  It changes - it’s different when a mom delivers prematurely.  It has more of the nutrients in it that a premature baby needs than a term baby needs… And then it continues to change throughout the course of nursing.  It changes during the day.  It changes during a feed and it changes over the course of time as the baby nurses to provide exactly what that baby needs to grow and thrive and do as well as that baby’s potential has that baby to do.”

On the provisions in the  Affordable Care Act that help women who choose and want to breastfeed: (At 25:40 on iTunes http://itunes.apple.com/us/podcast/moms-rising-radio/id533519537)

“You can go to the United States Breastfeeding Committee’s website, which is www.usbreastfeeding.org, we have information on it and links to other places where you can get more information… The tricky part about that is that some of it comes into effect as of now, some of it comes into effect when your plan changes over. But we do have that in this bill and that’s really important.  The federal government is standing behind this now.  And a lot of states also have regulations about workplace, so if you’re having difficulty in the workplace, one of the first things to do is to go to the United States Breastfeeding Committee website for help.  You can go to your local state breastfeeding coalition for help and find the laws that apply to your state; and that’s probably the first place to start if you are having difficulty because you are protected to be able to express your milk in work in a place that’s not a bathroom and is clean and private.”

On encouraging breastfeeding and the importance of understanding (At 37:55 on iTunes http://itunes.apple.com/us/podcast/moms-rising-radio/id533519537)

“We’ve created this unrealistic ideal of what breastfeeding is supposed to be, then women become quickly disappointed and then they quit.  And also, this whole conversation about “Just because it’s natural, doesn’t mean that it’s easy.”  Right?   Because there’s a technique.   And that maybe women have been so sold on this overly simplistic messaging about natural that when they do have a challenge like a baby can’t latch; they view that as a failure and they stop.  We really need to start having real deal conversations about breastfeeding.  I tell women, “Listen, it’s like a two-week initiation.  Have you ever joined a sorority?  You know, your first two weeks are going to be rough.  You know sometimes that’s longer -- sometimes it’s shorter, but get a lactation consultant.”  Let’s have a real conversation but tell women they can do it.”

Ashley Foxx, advocate and mom who took on the LSATs over not allowing breastfeeding breaks during testing

“I wanted to apply for law school back in 2011, but I had just had my son… And so when I originally called, I didn’t think there was anything of it and I paid my money and went ahead and registered and then I go, “Wait, I’ll be nursing my son.   How about I call the LSAT just to make sure what I need to bring to them so that they’ll give me some type of accommodation so that I can either pump during the exam or provide me with additional time to pump.”

“When I called; however, I was told that they don’t provide accommodations and the only choice I had was to either wean my child or to basically take my test another time and I was like, “Well you know I’m nursing for a year.  I mean it’s going to take me a while before I’m not in this position.”  And they said, “Well those are your choices.”

“We talked with LSAT and they weren’t budging and so we got out there.  We did blog posts.  Friends forwarded it to friends.  The next thing we know between Facebook, emails, letters, phone calls over 10,000 different points of contact we made with LSAT complaining about the fact that they refused to let nursing moms have accommodations… Literally at the eleventh hour, the day before my exam, they finally gave me clearance to pump at the law school on the floor of the bathroom…”

On why Kaiser Permanente supports breastfeeding: (At 50:40 on iTunes http://itunes.apple.com/us/podcast/moms-rising-radio/id533519537)

“Kaiser is very supportive of breastfeeding.  We are one of only two baby-friendly hospitals in Oregon and there are 10 steps to successful breastfeeding listed by the WHO Organization and we follow all of those steps, which include no pacifiers.  We only give formula if it’s medically necessary.  We encourage rooming-in 100 percent of the time.  And there’s a lactation consultant here everyday to assist with any breastfeeding difficulties and we also have what’s called a mother-baby program so even after discharge, moms and babies still have access to a lactation nurse for the first year of baby’s life.  And the visits are free, which is really great.”

“A baby-friendly hospital has to give special extra breastfeeding education to all of the staff.  So mom is very well supported in addition to having a lactation specialist here, you know, seven days a week.  So there’s always someone that could help and assist with breastfeeding and I would say 98 percent of our moms breastfeed and breastfeed successfully.”

All New: On #BreakingThrough - How To Build Change NOW