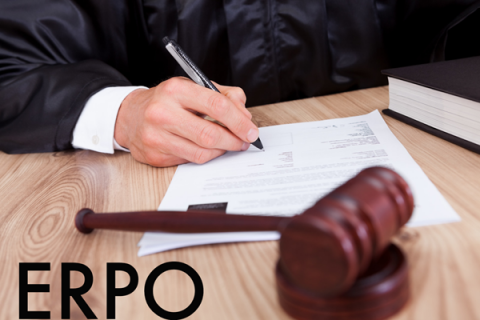 QUICK SIGNATURE to pass this #GunSafety legislation (even Republicans like it!)

Cold-hearted. That’s one of the only polite words I can come up with to describe how the gun lobby and their allies in Congress have stonewalled every effort to reduce our country’s gun violence epidemic. But now there’s new legislation that would prevent school shootings and suicides — and people of all political parties, even Republicans who have long opposed gun safety measures, are getting behind it!

Extreme Risk Protection Order (or ERPO or GVRO*) laws give family members, law enforcement, and sometimes other individuals like health professionals or school administrators, a pathway for petitioning courts to temporarily deny access to guns to people at risk of harm to themselves or others. Fourteen states plus the District of Columbia have enacted Extreme Risk laws —12 over the last six years alone! — with dozens of other states in the process of doing so.

There’s real momentum behind Extreme Risk laws, and every family and community needs to have access to them! Tell Congress to pass federal legislation that would incentivize all states to enact this live-saving solution.

The federal legislation now in front of Congress is called the Extreme Risk Protection Order Act of 2019 (H.R.1236/S.506). This bill creates a program encouraging states to craft Extreme Risk laws that meet minimum standards in order to be eligible for grant funding, with enough flexibility for states that do not mirror or that may exceed those standards to remain eligible — allowing the largest number of states to be eligible for funding.

Had Florida courts been empowered to issue extreme risk protection orders last year, it could have stopped the Parkland shooter, whom the community long knew to be violent and armed, before his murderous rampage.

Extreme Risk laws work and save lives! Tell Congress to pass federal legislation that would incentivize all states to enact them.

Extreme Risk laws have a strong record of effectiveness, and are especially promising for reducing suicide rates, which are tragically high in the United States with more than 120 people taking their own lives every day, half with guns. In Indiana, 10 years after it enacted its Extreme Risk law, the state experienced a 7.5% decrease in its number of suicides. In Connecticut, studies show that for every 10 to 20 guns that are seized, one suicide is prevented. Furthermore, Connecticut’s firearm suicide rate decreased by 13.7% after their original 1999 law was more heavily enforced following the Virginia Tech massacre.

Five Republican governors, and many Democratic governors, have signed into law Extreme Risk bills for their state. There’s enough bi-partisan interest in this evidence-based solution to reducing gun violence, that even Republican U.S. Senator Lindsey Graham convened a U.S. Senate hearing about it!

Help make sure Extreme Risk laws continue to gather momentum by urging Congress to invest the resources needed to encourage states to enact them.

Please forward this blog post to your friends, family, and anyone in your network who cares about gun violence prevention, and ask them to sign too!

We’ll never stop fighting for the safety of our families and communities!