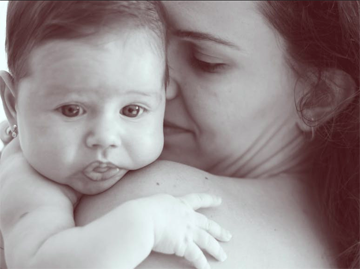 Written by Joan Alker, Executive Director of the Center for Children and Families

The President issued an executive order yesterday titled “Reducing Poverty in America by Promoting Opportunity and Economic Mobility”. It requires the Secretaries of Treasury, Agriculture, Commerce, Labor, HHS, HUD, Transportation and Education to review all regulations and guidance to ensure they are in compliance with the executive order and submit a list of recommended regulatory and policy changes to accomplish the principles outlined in the order.

So what are those principles? The Executive order states: “The Federal Government should do everything within its authority to empower individuals by providing opportunities for work, including by investing in Federal programs that are effective at moving people into the workforce and out of poverty.” It then outlines the “Principles of Economic Mobility”. Among those principles – “reducing the size of bureaucracy and streamlining services to promote the effective use of resources”.

The agencies only have 90 days to review all of their regulations and come up with their recommendations to achieve those principles. That’s a tall order in a short timeframe so we thought we could lend our expertise to come up with some evidence-based recommendations for the Secretary of HHS.

A wide and growing body of research shows that Medicaid helps pull people out of poverty by providing access to affordable health care and lowering out-of-pocket costs. Recent research has documented the positive economic impact of Medicaid for those who gained coverage through expansion. Longer-term studies have shown that childhood Medicaid coverage improves educational outcomes and produces economic benefits in adulthood, including increased employment, higher tax payments, and returns on public investment.

Increasing access to Medicaid for families would help pull more families out of poverty. This means promoting Medicaid expansion in states that haven’t picked it up yet and not approving waivers that create barriers to coverage such as those approved for Kentucky and Indiana.

Recommendation #2: Reject Proposals that Would Create More Barriers to Health Care for Parents and Other Adults

Yes, I know this is the opposite of what the Executive Order is trying to promote but we believe the Medicaid waivers linking Medicaid coverage with work requirements and curtailing Transitional Medical Assistance (TMA) threaten to pull the rug out from under families struggling to pull themselves out of poverty. Hourly Medicaid work requirements make little sense within the context of the constantly shifting schedules and seasonal nature of many of the jobs filled by lower-income Americans. In addition, low wage earners are more likely to work for companies that do not provide health insurance to their employees. Many rely on Medicaid for the health care they need to get and stay healthy so they can work.

A focus on creating better jobs, improving worker protections, and providing better work and family supports – especially for parents dealing with child care expenses and school schedules – would be a smarter way to help people rise out of poverty.

Recommendation #3: Continue the Progress Made on Streamlining Medicaid Enrollment and Connecting More Kids with Coverage

Our nation made extraordinary progress by reducing the rate of uninsured children to under 5%. This historic progress would be undermined by efforts to remove the “welcome mat” from Medicaid’s doorstep making it harder for children to get the coverage they need to achieve their full potential. When parents became eligible for coverage through Medicaid expansion or the marketplace, many eligible but unenrolled children came in the door to coverage as well.

In addition, most states modernized their Medicaid and CHIP enrollment and renewal processes in recent years. A growing number of states are processing real-time eligibility determinations and automated renewals through electronic data matches with trusted data sources. Medicaid work requirements and other proposed changes require complex documentation and costly administrative processes that run counter to the Executive Order’s goal of “streamlining services to promote the effective use of resources.” They also threaten to turn back the clock on the historic progress achieved for America’s children.