Pregnant Moms Listen Up: Listeriosis is Rare but Deadly 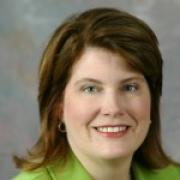 Barbara Kowalcyk
Share This
Add your voice to the comments

Earlier today, the Centers for Disease Control and Prevention (CDC) issued Vital Signs, a monthly report that highlights important health issues.  This month’s report is on listeria monocytogenes – the third leading cause of death from food poisoning.  Adults over 65 and people with weakened immune systems are at highest risk of listeriosis – as are pregnant women who can pass Listeria to their fetuses and newborns, causing miscarriages, stillbirths and newborn deaths.

I find it a bit ironic that this report is being issued today – on my daughter Lara’s birthday.  Lara – who turns 11 today – is my third child.  Her name means shining and cheerful and was chosen because of the little ray of sunshine she brought back into our lives.  You see, Lara was born 42 weeks after my second child, Kevin, died at age 2 ½ from complications due to an E. coli O157:H7 infection.

I took every precaution I knew about to ensure a healthy pregnancy.  At the same time I was desperately trying to understand what happened to Kevin by learning everything I could about foodborne illness. I vividly remember when I first learned about listeriosis. Sitting at my desk at work, finishing up my lunch – a deli meat sandwich from a nearby sub shop – I came across an article on listeria monocytogenes, a foodborne pathogen found in deli meat and soft cheeses.  I remember this sinking feeling that I might lose another child – from food.  Given the long incubation period, it could be months before I knew for sure. I was terrified, and the waiting was nerve-wracking.

Scheduled for a c-section (my third) in mid-June, I started having what we thought was pre-term labor in early May.  The doctors repeatedly stopped the contractions, hoping that every day would buy more time for Lara’s lungs to develop.  I was constantly worried about listeriosis.  After a very stressful month with many trips to the hospital, Lara was born on June 4, 2002, large and healthy – clearly not a month early but more likely two weeks late.

Today, I am reminded how lucky our family was. I had eaten a high-risk food that could have been deadly.  Had I known about the risk to pregnant women from listeria, I would have eaten a different lunch.   The sad reality is that eleven years later, many pregnant women still don’t have the information they need to ensure a healthy pregnancy.

According to CDC’s new report, about 90% of all reported listeria cases involve pregnant women, adults over 65 and individuals with weakened immune systems.  While listeria food poisoning is rare, the death rate is very high – overall, the death rate is 21%.

*Of these, 74% reported medical conditions that suggest a compromised immune system.

Pregnant women have an especially high risk of foodborne illness – their incidence rate is 10 times higher than the general population.  Of the 227 cases in pregnant women reported to CDC between 2009 and 2011 – and the majority of cases go unreported – 64% had pre-term labor, 90% required hospitalization and 43% were Hispanic.  One in five resulted in fetal loss or newborn death.  Although not tracked by CDC, studies have found that 20% of the surviving infants develop secondary long-term health outcomes, including seizures, palsies, brain damage and an impaired ability to see, hear, swallow or speak.

Since the 1990’s, the government and industry have worked hard to reduce the risk of listeriosis but, unfortunately, progress has stalled.  The reported incidence hasn’t really changed in the last ten years.  Clearly, the government and food producers, in particular, can and should do more to prevent listeriosis. The good news is that pregnant women can take steps on their own to reduce their risk.

After having four kids, I know how overwhelming it can be to manage all the do’s and don’ts for a healthy pregnancy.  The last thing you want is another don’t – you already don’t drink alcohol, don’t smoke, don’t drink caffeinated beverages and more.  But the risks are really too high to not consider adding these to your don’t list for 9 months:  sprouts, deli meats, hot dogs, smoked seafood, unpasteurized (raw) milk, and  pasteurized or unpasteurized soft cheeses, including feta, Brie, Camembert, blue-veined cheeses and Mexican style cheeses such as queso fresco, queso blanco and panela.  By the way, even if you aren’t pregnant, this is important advice if you have a parent over the age of 65 – their risk of hospitalization and death is even higher.

For the past ten years, I have advocated for giving consumers the information they need to make informed choices about what to feed themselves and their families.  Today, on my daughter’s birthday, I want to make sure that all moms-to-be know about the risk of listeriosis.  For additional information on our efforts to improve the food safety system, please visit my non-profit’s website, www.foodborneillness.org.  Also be sure to check out the new CDC Vital Signs and Medline.   Be informed – your family will thank you.