Paycheck Fairness: For the Next Generation, For Our Nation

When Annie Bolgiano was growing up, her mother, a forest firefighter, told her daughter she could become anything she wanted. Then Annie went to college and learned another lesson:

You can go into whatever profession you want, but you are statistically unlikely to make a salary equal to your male counterparts.

Annie’s “uninhibited dreams for the future” collided with the reality that women in the United States make 77 cents to a man’s dollar, and in some professions, specifically high-paying careers, that disparity is much higher. Although nearly halfof all workers in the United States are women, we tend to hold lower-paying jobs overall, even when we have the exact same title as men. 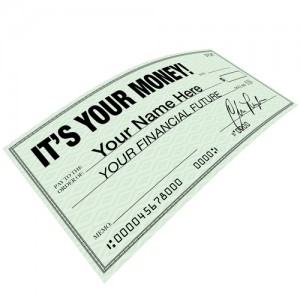 This week, the Senate again takes up the Paycheck Fairness Act. The Act has been introduced in Congress over and over for more than a dozen years, and lawmakers now have yet another opportunity to do right by millions of working women. Last time the Paycheck Fairness Act came up in the Senate, Republicans unanimously voted againstthe bill. Tuesday’s vote will show whether many in the Republican Party are really serious when they say they are not conducting a war against women.

The Paycheck Fairness Act would help close the pay gap more by providing incentives for employers not to discriminate. The Act, S.3220/H.R. 1519, requires that men and women be given equal pay for equal work and closes the loopholes of the 1963 Equal Pay Act.

In a 2010 nationwide poll of registered voters, 84 percent said they support “a new law that would provide women more tools to get fair pay in the workplace.” Some 91 percent of Democrats, 77 percent of Republicans and 87 percent of Independents support a new law. Looks to me like Paycheck Fairness is a bipartisan issue (one that presidential candidate Mitt Romney seems to be avoiding).

The union movement, especially the Coalition of Labor Union Women (CLUW), has launched a nationwide push among members to call their Senators and push for passage of the Paycheck Protection Act, and we are working in conjunction with our allies like MomsRising, which has an online action here urging Senators to sign the bill.
Union members have contracts that ensure everyone is paid equally for the same work—but as with the minimum wage, paid sick leave and so many other work and family concerns, the union movement is demanding economic justice and fundamental fairness for all U.S. workers.

We fight to erase the pay gap between women and men because poverty rates for America’s working women are the highest in 17 years. We work for laws at the state and national levels that will ensure workers have paid sick leave because nearly half of private-sector workers—and 79 percent of low-income workers, most of whom are women—cannot take even one day off work when they are sick without losing pay. We rally across the country for increases in the minimum wage, access to quality and affordable reproductive healthcare, for flexible work schedules because it is the right thing to do for all workers—and for our nation.

And we fight for all these things so Annie Bolgiano and the next generation of young people can pursue their dreams.

We need public policies and workplace practices that support today's working families. We need the Paycheck Fairness Act and we need paid sick leave and family leave. We need employers to change with the times and adopt family-friendly policies that allow working women and men to meet their responsibilities at home as well as on the job. It's time for them to recognize that the costs of doing the wrong thing really do outweigh the costs of doing the right thing. The cost of not providing paid sick leave is an unhealthy, unhappy workplace. The cost of inflexible schedules is high and expensive turnover. The cost of unequal paychecks for women hurts our families, our communities, and ultimately our nation.

Join with MomsRising, the union movement and men and women around the nation: e-mail your Senator now and demand a vote for Paycheck Fairness.

Liz Shuler is the Secretary-Treasurer of the AFL-CIO.