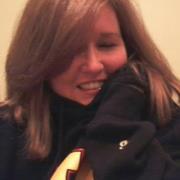 Earlier this week over 30 national patient safety advocates signed a letter to Congressional delegates urging that a Congressional Committee on Patient Safety and a National Patient Safety Board be created. Each one of us that signed the letter are a member of Consumers' Union Safe Patient Project.

Their press release is here: http://safepatientproject.org/press_release/patient-safety-advocates-urg...

You can read the full text of the letter here:http://www.jamessproject.com/wordpress/patient-safety-call-congress/

TODAY at 10AM there is a Senate Subcommittee Hearing on Patient Safety. John T James whose son died from unethical practices (lack of full informed consent) by a cardiologist and former NASA scientist will be testifying on behalf of patients. James published data in September 2013 that shows up to 400,000 Americans die each year from preventable medical errors.

YES, kids too! Lots of kids.

Lisa McGiffert of Consumers' Union and Danny Long whose wife has been paralyzed as a result of medical malpractice will also be testifying.

There are so many of us that have been impacted by the lack of safe, ethical care in our medical system. I signed my letter to my Pennsylvania Congressional delegates because I believe everyone wants to do better. We have to do better together. It has been nearly 13 years since my son died from multiple preventable medical errors and intentional harm at the hands of an unethical clinician. There has never been any accountability and - worst of all - many other babies were harmed by the same clinician AFTER my son died. This is happening all over the country and it must stop.

Some of my co-signers and fellow advocates shared why they signed the letter as well:

(Julia's daughter died from pediatric cancer and endured numerous patient safety lapses in her care over her course of treatment.)

I signed this letter to stand with my fellow Consumers Union Safe Patient Project advocates in asking our elected officials to commit to moving patient safety forward. We stand at the forefront of this challenge and ask our representatives to lead the way for change because our healthcare system will only perform at its peak potential when we work collaboratively to seek solutions. We can no longer accept a political climate that does not place healthcare safety as a national priority. Please visit: http://empoweredpatientcoalition.org/

I signed this letter because as Dr. Peter Pronovost has said, my 11 year old daughter Leah, was euthanized, at a Los Angeles hospital in 2002. She was having an elective procedure she didn't need, and died 30 hours post op, from an overdose of the drugs she was being given for pain relief. In the years since, I have watched my other children suffer, as my marriage fell apart, our friends became fewer and fewer. Much more harm, added to the nightmare of Leah's death, from the 100% denial and unaccountability of those involved.

My website www.Leahslegacy.org explains what I am doing to prevent other families from ever having to live with this.

While we watched our 22 year old nursing student slowly die for 32 months before our eyes due to an unnecessary surgery we promised him we would leave the medical industry better then he found it... Why we signed this letter ...to give the voiceless a voice. www.citizensforpatientsafety.org

As I lay in the ICU fighting for my life & leg in a near-death battle with hospital-acquired Sepsis, Pseudomonas, MRSA, VRE and Necrotizing Fasciitis, I promised to be a part of correcting the system if I lived. I reached out to the heads of every healthcare quality, patient safety, oversight agency and organization, in the country offering to participate on whatever advisory council or committee could benefit from my hard earned knowledge. I recommended this very idea in conversations with “thought-leaders” I believed could see the value. No takers at all. Perhaps now as a united force, our individual voices will be strong enough to rise above the deafening silence that has drowned us out for years.

I signed the letter because my beloved father died of a preventable Hospital Acquired Infection. He was the 3rd of 3 that fall of 2008, who were all killed by preventable MRSA infections in that tiny rural Maine Hospital. Nobody knew about this outbreak, not even the Hospital Board of Directors, and nothing changed. I want change. Zero is the only acceptable number of Hospital acquired infections and deaths.

Pat Mastors' father died from a lack of patient safety. She shared her thoughts on why she signed on here: http://patientvoiceinstitute.org/2014/07/launching-today-patient-safety-...

Petition will be coming soon!

With over 400,000 Americans who are preventably injured or killed in American healthcare and as a result can not speak for themselves - please lend your voice. You will be saving your own loved one, too!