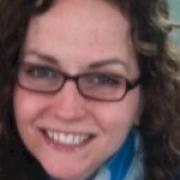 Andrea Lindemann Gilliam
Share This
Add your voice to the comments

The movement to enact paid sick days laws is gaining momentum and implementation in some cities is providing helpful insights. Washington, D.C. is one of them.  To educate advocates and the public about D.C.’s law, CLASP has launched a new webpage for information and resources specific to D.C.

In 2008, Washington D.C. passed a paid sick days law, the D.C. Accrued Sick and Safe Leave Act. The law means D.C. is one of only two places in the country that workers do not have to fear lost wages or their jobs if they or a family member have the flu or other short-term illness, or are the victim of domestic violence.  Under the law, employers must grant paid sick leave to their employees and the amount of time off is determined by the size of the employer.

While the law’s passage is a huge step forward, business interests were able to convince the D.C. Council to remove key protections for workers at the last hour before passage of the final bill.  The law that went into effect omitted tipped restaurant workers, who are usually working at restaurants that do not offer paid sick days voluntarily.  Also excluded from the law are independent contractors, students, and certain health care workers.  In addition, the law does not have strong remedies for employees – it only allows them to recover a minimal sum, which does not provide much risk for an employer who simply chooses not to abide by the law.

As evidenced by last month’s Carrotmob winner, D.C. restaurant Teaism, there are many great business owners that believe in supporting their workers with paid sick leave. Teaism co-owner Linda Orr said, "We are very lucky to have a very loyal, dependable and hard-working group of 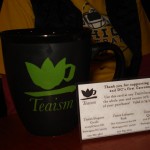 employees. Having paid sick leave days is just one of the many ways I try to take care of them and enrich their lives." The event – coined a “Carrotmob” to show the positive change a “carrot,” as opposed to a stick – is a way for consumers to show their support of a business by rewarding them by shopping or dining at the business. Shally, a Carrotmob attendee, stated, "I realized how important it was for businesses to start thinking about their workers....I'm much more likely to visit these establishments knowing that they care and place a priority on these things."

In addition to the new D.C. paid sick days site, CLASP has compiled a set of resources to help engage businesses nationwide in the campaign for paid sick days. Business leaders and advocates can use the site to find surveys, reports, news clips, how to access technical assistance, and many more tools.