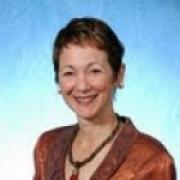 Jodie Levin-Epstein
Share This
Add your voice to the comments

It may be time to say, "As Connecticut goes, so goes the nation." Any day now, Connecticut's governor is expected to place his John Hancock on a bill that will make Connecticut the first state in the nation to enact a minimum standard for paid sick days. That sends "an important signal to the other 49 states," as state House Speaker Christopher Donovan noted when the bill passed.

State law is necessary because the United States has no federal paid sick days law for private sector employees. The United States is an outlier among the 15 most competitive nations when it comes to providing paid sick days. It's the only country in the bunch that doesn't have a law mandating sick time. The lack of federal law has sown a growing movement at the state and local level to pass paid sick days legislation. That's because 42 percent of the nation's private sector workforce -- 44 million workers -- do not get paid if they take a day off when the flu strikes or after Johnny breaks his arm sliding into first base. For the 44 million workers, taking time off for health can translate not only into lost wages but, too often, lost jobs.

With Connecticut leading the way, paid sick days laws may be contagious. There are activeadvocacy campaigns in about 20 cities and states, and bills are progressing in a number of states including California and Massachusetts.

The Connecticut law mandates that service-sector employers with more than 50 employees provide paid sick days. Employees get one hour of sick leave for every 40 hours worked. Between 200,000 to 400,000 service workers, including restaurant workers, cashiers, security guards and hotel workers will be covered starting in 2012.

In politics, public opinion is nothing to sneeze at. Polls repeatedly demonstrate that the public wants legislation that provides paid sick days. A 2010 national poll (PDF) found the overwhelming majority of Americans, fully 86 percent, think there ought to be a law in which workers earn seven days. Nearly 65 percent of self-described "strong Republicans" view paid sick days as a basic workers' right. A recent New York City poll (PDF) found nearly 90 percent, including 75 percent of Republicans, support all workers being allowed to earn at least five paid sick days.

In Connecticut, members of the Small Business Network for Paid Sick Days were a key part of the winning coalition. In the words of Louis Lista, who owns the Pond House Cafe, "providing decent benefits like paid sick days, even to workers in the food service industry, can pay real dividends for a business." Although some employers -- and particularly their trade associations -- in Connecticut oppose anything but business-as-usual, employers around the country are coming out in support.

Employer voices for paid sick days laws are changing the political calculus in states and cities around the country. In Massachusetts, where a bill is pending in the legislature, at least 14 employers are already on record in support of government action. In New York City, numerous businesses not only testified and spoke at rallies last year, but many have also helped mobilize other employers.

Employers in San Francisco are perhaps the strongest voice for paid sick days, since they have actual experience with a law approved four years ago. Nearly two thirds of San Francisco employers support the law. Even some San Francisco business owners who had been skeptical are now advocates for paid sick days. Sam Mogannam who owns Bi-Rite, a local community market and creamery, was originally apprehensive about the legislation, but now views the law as a morale booster for employees. Zazie restaurant owner Jennifer Piallet says she initially worried that employees would abuse the leave, but has been "pleasantly surprised" that her workers have taken leave "responsibly; " Piallet now says the policy improves her profitability in part because contagious workers stay home.

The public wants it, politicians can win office with it, employers with experience of it overwhelmingly support it. It's just a matter of time before it spreads to many more places. Of course, for big employers who would be faced with implementing distinct local and state laws across their national workforce, that could translate into more than a sinus headache; indeed, the best medicine just might be a federal standard.

Cross posted with author permission from the Huffington Post.