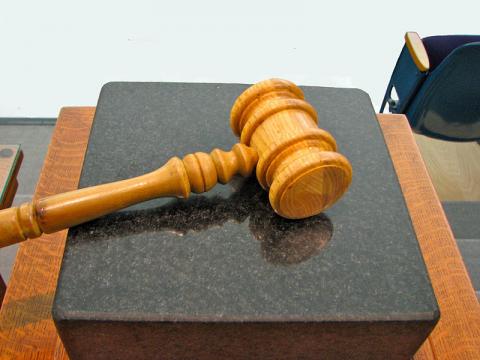 This post, authored by Jonathan Rapping, originally appeared on TalkPoverty.org. Mass incarceration and resulting criminal records undermine family economic security. TalkPoverty.org is dedicated to demonstrating that we know how to dramatically reduce poverty; we just need to build the political will. Make sure to like TalkPoverty on Facebook and follow us on Twitter!

Criminal justice systems across the country have come to accept, and perpetuate, a shameful standard of justice for poor people.  The basic humanity of the indigent accused is too often denied, and the democratic necessity of access to effective counsel is too often ignored.

Gideon’s Promise is a movement of hundreds of public defenders nationwide who are working together to change this unacceptable status quo.

In 1963, when Martin Luther King, Jr. delivered his “I Have a Dream” speech at the March on Washington for Jobs and Freedom, civil rights abuses were prevalent and devastating in the arena of criminal justice. So it is no coincidence that during that same year, the United States Supreme Court sought to address the role that race and class played in the administration of criminal justice.

In Gideon v. Wainwright, the Supreme Court required that the state provide poor people accused of a crime with an attorney.  It noted that a layperson simply cannot effectively navigate the labyrinth of laws and procedures that make up the criminal justice system.  Only the right to counsel would ensure that a person accused of a crime would receive justice.

But the right to counsel is only meaningful if state-appointed attorneys have the same skill, training, resources, and level of commitment as lawyers who represent people with means.  As I began working on criminal justice reform efforts across the South a decade ago, I saw systems that fell far short of providing basic standards of representation for poor people. I met countless young public defenders who had begun their careers filled with enthusiasm, only to have the passion beaten out of them by a system that effectively expects public defenders to help process poor people into prison cells.

These lawyers were deprived of the resources, training, and support they needed to live up to their constitutional obligation. They were forced to handle crushing caseloads that didn’t allow them to give the time their clients deserved and needed. Many began to feel hopeless and eventually quit. Others were worn down, resigned to the status quo. A few remained inspired, continuing the Sisyphean task of fighting a system that had abandoned its quest for equal justice. But all too often these individuals were like a lone voice screaming against a deafening wind.

In 2007, my wife and I founded Gideon’s Promise to build a strong community of public defenders who would have the training and support necessary to immediately improve the standard of representation for their clients.  We wanted to develop this community into a movement—one focused on changing a criminal justice culture that is anything but just, and pushing back against the forces that pressure public defenders to simply process clients.

There is no greater threat to equal justice than when our public defenders are beaten into submission.  At that point, a poor person accused of a crime has no chance. But through a strong and supportive community like Gideon’s Promise, lawyers for the poor can stay inspired and continue to fight one of the least popular, but most important, civil and human rights battles of our day.

Jonathan Rapping was awarded a 2014 MacArthur “Genius” Fellowship for his work with Gideon’s Promise, the organization he founded along with his wife, Ilham Askia. He is also an Associate Professor of Law at Atlanta’s John Marshall Law School. He is currently serving as the Director of Strategic Planning and Organizational Development for the Maryland Office of the Public Defender as Gideon’s Promise and Maryland embark on a partnership to improve criminal justice in that state.