On Trayvon Martin and Fear 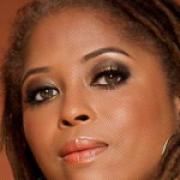 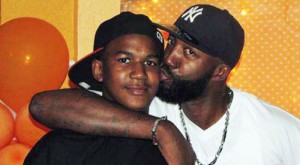 Cross-posted from Carolyn Edgar: Notes of a Lawyer, Writer, and Single Mom

The acquittal of George Zimmerman leaves me fearful.

I fear for my friend’s 15-year-old son. He plays football for his suburban high school. He is already 6’ 2” and still growing. And despite his baby face, the Zimmerman trial reminds us that, despite his age, his combination of race and size render him a threat.

I fear for my daughter’s friends – African, Jamaican, Vietnamese, and African-American. I love having these young men in my house, loose-limbed and full of teenage boy confidence and cockiness. They’re good kids. Smart kids. I fear for them because some in America apparently find these attributes threatening when evident in young men of color.

I fear for my daughter.  Beautiful, strong-willed, brilliant – and oppositional, argumentative, challenging. She is more outspoken, more defiant, more . . . more of everything that I was at 16, and have been ever since. The world does not like outspoken, oppositional, argumentative, challenging women. When such women have the gall to be black, it hates them even more.

And I am fearful for my son.

My son has ADHD, which gives him poor impulse control. He is very bright, although he is disinclined to apply that intelligence towards his studies. He is a quick thinker and quite sarcastic. He would be an excellent debater, a great politician, and a terrible person to find in an encounter with the police.

My son takes the subway to and from school alone every day. During the past school year, he had to take a hamper to school for a project. He was not stopped, but a cop in the subway station asked him as he passed why he was carrying a hamper.

“Dude, this is New York,” was his response, not breaking stride.

I'm retelling you his retelling of the story. He was 11 at the time, and looks 11.

According to him, the cop laughed.

In a couple of years, I can see my boy being thrown against a wall, his glasses smashed, for such a response.

I’ve read lots of articles, Facebook statuses and tweets today addressing how black people should talk to their sons following the Zimmerman verdict. Some have suggested that everything would be great if only black kids would stop sagging their pants, stop cursing, stop being “disrespectful” (whatever that requires) – to stop being those loose-limbed, arrogant, cocky, wonderful young men my daughter has befriended.

My good friend Issa Mas posted on Facebook that a friend of hers who lives in the South, the mother of a 17-year old black boy, worried that the solution was teaching our sons “how to behave like the slavery/Jim Crow eras. Stop when stalked. Cooperate, don't talk back, keep eyes downcast, keep hands visible, apologize, carry ID, never ever state your right to do what you had the right to do."

I categorically reject that we have to teach our sons to act like slaves to keep them safe. Besides, even when black men have done all of these things, they have been shot.

“My little guys who are sleeping right now think they are the same as all the other children. That they can go anywhere, wear anything, stand up for themselves and other people, look anyone in the eye. That they can trust the police. I hope I have not done them a disservice by raising them to believe they are little kings with equal rights and a duty to stand up for themselves.

“Big son is now under no such illusion.”

Writer and television personality Touré offered one approach for talking to our sons about the Zimmerman verdict. But that’s not the approach I took with my son.

I told my son about the verdict about an hour after I heard it.

“What the – how – I mean, he followed Trayvon! Trayvon didn’t do anything wrong, did he?”

I took a deep breath. “No. Honestly, in that situation, under those circumstances, I’m not sure there’s anything Trayvon could have done to have avoided what happened to him. But this is why I tell you that your performance in school matters. Why I tell you that your behavior, in treating people with respect in hopes that they’ll treat you in kind, but really whether they treat you with respect, or not – that’s why that matters. Do you see the connection between performing up to your ability in school and being treated with respect? I hope so.

“This is why I talk to you about dealing with the police – that you should always be respectful of them and answer questions, but I don’t want you out here acting afraid to be yourself, because the police might not like it. You have a right to be where you are, in this city. And as long as you answer questions respectfully and truthfully, as long as you aren’t doing something you shouldn’t be doing anyway, you are within your rights to be where you are.

“This is why I tell you that honesty matters. That integrity – matters. That owning up to your mistakes and being trustworthy, they all matter. And I can’t promise that any of these things will keep something from happening, but it’s much easier to deal with when you’re coming from a place where you’re honest and you can call me and tell me what is happening and you’re not afraid of what I might say, what I might do. Know that I will always do everything I can – which sometimes may not be much – to keep you safe.

But as my mother once said with regards to charity, I truly believe it begins at home.