On Equal Pay Day, Step Up or Step Out of the Way 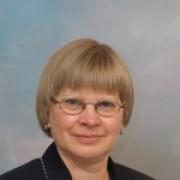 Deborah L. Frett
Share This
Add your voice to the comments

According to the National Center for Educational Statistics:

And last year The White House’s Women in America Report noted that those trends continue in college:

And the 2010 “Women in the Labor Force: A Databook,” compiled by the U.S. Bureau of Labor Statistics reflects similar developments in the workforce:

So, are you ready for reality?

Wait, what? That’s right; and it’s not what you were expecting, is it?

Truth be told, we should expect more for our working women, and they should get more. Nearly 50 years ago, when the Equal Pay Act of 1963 brought pay parity for women to the national forefront, critics argued that women simply did not have the same educational background as men, and therefore did not merit the same wages. Well, instead of coming a long way, baby, it seems we have come full circle.

Today’s critics of equal pay argue that men as a group earn higher wages in part because men dominate blue collar jobs, which are more likely to require payments for overtime work. In contrast, women comprise more of the salaried white collar management workforce that is often exempted from overtime laws.

We were told that we didn’t have enough education to merit equal pay then, and now our educational achievements are the cause of the disparity. Well, the critics want it both ways. The Paycheck Fairness Act, which would have toughened legal action against discriminating employers, still hasn’t been passed by the Congress. Many  businesses continue to oppose it, citing that new legislation is unnecessary, redundant, and would simply lead to unfair lawsuits against employers.

Then why, nearly 50 years later, has the wage gap only improved by only half a cent per year? In 1963, according to the National Committee on Pay Equity, “women working full-time and year-round earned on average 59 cents for every dollar earned by men. A woman now earns 77 cents for every man’s dollar.” At that rate, it will take nearly another half-century for women to earn a fair wage.

In that same time frame, women have made tremendous strides and are more likely than males to enter the workforce with degrees from high school, college, and graduate school. It makes good financial sense for businesses to invest in attracting and retaining the best talent by offering equal and fair compensation and benefits.  Many forward looking businesses recognize that eliminating pay differentials makes good business sense and that pay equity can help with competitiveness, worker retention and productivity.

It’s time for all of America’s business community to step up with fair pay, or step out of the way of legislation like the Paycheck Fairness Act that will help ensure pay equity. I call on all businesses, on Equal Pay Day this year, to review compensation packages and address the inequality. We can help.

BPW Foundation encourages employers to recognize and reward the skills and contributions of working women. The Employer Pay Equity Self-Audit was developed to assist employers in analyzing their own wage-setting policies and establishing consistent and fair pay practices for all. It can be found on the BPW Foundation website.  The Equal Opportunities Commission also offers an Equal Pay Self Audit Kit.

Don’t let another year go by for working women — and their families — who are doing more for less. We held up our end of the bargain and came to the workforce better prepared and more skilled. Now it’s your turn: make sure you offer equal pay for equal work.

This article was adapted from a piece that first appeared on the Huffington Post, April 11, 2011. Cross posted from the blog of the Business and Professional Women's Foundation.