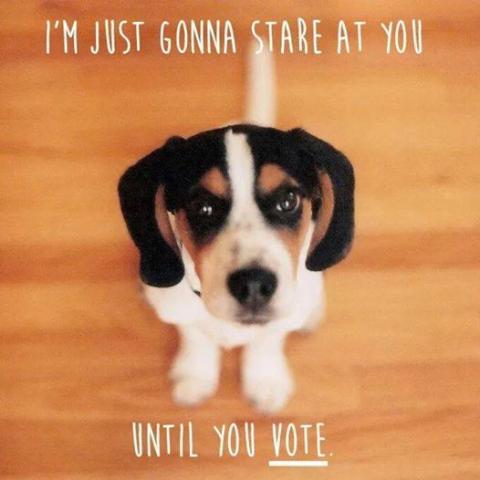 The other day I read a statistic that made me laugh a little. It said women’s issues are shaping up as the second-biggest issue among voters this year, behind only the economy.

Really? I don’t think so.

We are the economy.

In a few days, we’ll have the opportunity to determine what kind of economy we will have—what kind of future—by electing leaders who will work for all of us.

In many cases, it’s women (especially unmarried women) who are putting these candidates on top in the polls.

But polls aren’t what shape our future. Elections are. And a big question today is: Will women turn out to vote?

The track record in mid-term elections isn’t great. Let’s change that. There is a lot at stake:

·         We still make 77 cents for every $1 a man makes—that is a national shame, and it costs a typical women at least $400,000 over her lifetime. The shortfall doesn’t end when she is done working—it affects her income after retirement. It’s time to elect candidates who will enact equal pay laws.

·         We are nearly two-thirds of minimum-wage workers at $7.25 an hour, and two-thirds of tipped workers, who have a federal minimum wage of just $2.13 an hour. Even the full minimum wage leaves a woman and her two children thousands of dollars below the poverty line. Raising the minimum wage would improve life for millions of working women and families.

·         Many women in low-wage jobs also are crippled economically by work schedules they have no control over—shifts assigned just a day or two in advance or scheduled at the last minute is nothing unusual. We need to enact the Schedules That Work Act in Congress and similar state and local measures.

·         Women also have additional responsibilities for caregiving in our homes—yet employers rarely are required to provide earned leave for caregivers! Millions of women go to work sick or can’t care for a sick child without losing a day’s pay and potentially jeopardizing their jobs. Women can elect the leaders to change that.

·         When I was in Bangor, Maine, last week I spoke to a United Steelworkers union millwright and “Women of Steel” leader named Linda.  I asked her why she got active this election cycle and she put it quite plainly: “Somebody needs to step up” for what’s right.  Linda’s 51-year-old sister has a serious health condition but no health insurance.  Her governor had refused to extend health coverage to more low-income people under the Affordable Care Act, as 23 states have done. Linda’s next governor’s decisions on health care will make a real, personal difference for her family—and for many more low-income women.

·         And, finally, all of us have seen the outrageous attacks at every level on women’s access to a full range of health care services. It is amazingly hypocritical that the extremists who scream the loudest against ”government intrusion” also fight the hardest to intrude in health care decisions that belong between a woman and her doctor.

This is why I’m asking you to pull out all the stops to rev up voters for candidates who will deliver what women need—equal pay, a higher minimum wage, fair scheduling and earned sick leave, and protection of our right to make our own health care decisions.

This year’s elections are going to be very tight. Every vote will make a difference—the difference between progress and backsliding, between hope and fear. So every conversation you have with a potential woman voter is important.

We need  women power if we want to win. And that means you!