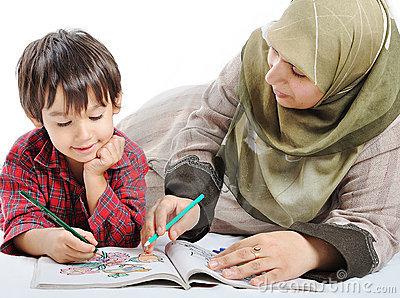 Navigating Identity and Family in a Climate of Islamophobia 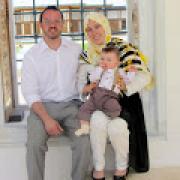 Kristin Garrity Sekerci
Share This
Add your voice to the comments

The climate of Islamophobia in this country is causing American Muslims great anxiety. Children are bullied for being Muslim (or for ‘looking’ Muslim), mosques are set on fire and vandalized, presidential candidates call for ‘Muslim neighborhoods’ to be patrolled, women are told to take their hijab off or face arrest, and violent hate crimes are at an all-time high.

My Jewish friends tell me that these incidents are straight out of a 1930s playbook of hate. I take comfort in their empathy, because it means that they understand the emotional and psychological consequences such a climate can have on an individual, on families. They are some of our strongest allies.

I was devastated when my husband said to me recently that he should really submit his naturalization application as soon as possible. He has been eligible for some time, but we have been waiting for the right time financially and logistically to get the paperwork all together. I asked him why now? He told me that he wants to make sure he is a citizen in case Trump becomes president. I was devastated when I heard him say that. My pride in my country took a hit. A pride I had as a kid when every year I dressed up in red, white and blue for 4th of July parades. A pride that made me consider joining the ROTC in college, that made me work on election day at polling locations even before I was eligible to vote. (A pride that made me purchase an American flag-style hijab). Surely, this could not be the same country my husband was so worried being denied entry to, simply because he is Muslim?

And yet, despite this pride, my identity as an American is called into question. It is called into question because I decided to wear the hijab. For me it may only cover my hair, but for far too many others it seems to veil my identity as an American (white, immigrant-descendent) woman. Instead, I am asked, “where are you from?” “But where are you really from?” “Ok, but where are your parents from?” Most will even admit that they think I am a foreigner because I wear hijab. As if hijab and being American are mutually exclusive. Some even tell me I must wear it because of my (foreign) husband. For some of you I will respond curtly, because I don’t have the time or the care to explain myself to you. For others I will humor you with my genealogy and a bit of snark. For others still I will help your poor, confused faces and tell you that I am a convert. Often, though, that doesn’t seem to help.

I now have a son who is 15 months old. I worry about the way he will be received by his friends and peers with his foreign-sounding name, with his foreign father, and with his hijabi mother. I dread the day we will need to have ‘the talk.’ The talk about what being Muslim in the West means, what our responsibilities are in representing Islam, what Islam is and isn’t. My son is white, so he will likely not face the same sort of harassment and even violence that unfortunately his browner generation of Muslims may face. I will do my best to teach him right from wrong. I will do my best to teach him that with his white privilege, even if it is a watered down, Muslim white privilege, he must stand up in the face of intolerance and bigotry, to affronts to justice, pluralism and religious freedom – our core American values.