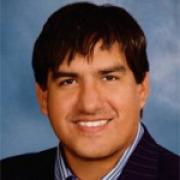 Murray Lee
Share This
Add your voice to the comments

Living in South Dakota you learn a lot of things.

For example, I learned that in 1990, South Dakota was the very first state in the nation to recognize Native American Day instead of Columbus Day — sending a significant message to all.

This was done through state legislation by then Governor George S. Mickelson, who declared 1990 as a year of reconciliation between whites and Native Americans. The South Dakota statute states, in part:

“Native Americans’ Day is dedicated to the remembrance of the great Native American leaders who contributed so much to the history of our state.” And, at South Dakota’s first gathering to celebrate Native American Day, Governor Mickelson went on to say: “We can’t turn back the clock. We can only turn to the future together. What we can do as leaders, both Native American and white, is teach others that we can change attitudes.”

Both are positive thoughts for a very complex issue: Native American and white relations. And, Columbus Day – a day created to celebrate the “discovery” of the land mass that later became the United States of America – is still noted on most calendars around the nation.

Columbus is celebrated as the “discoverer” of America. It’s a great story.

A stoic adventurer sails the ocean blue and finds a land rich in natural resources and friendly brown people. We all learned this in elementary school. But what we did not learn in elementary school and what most schools leave out is the part about the diseases and catastrophic consequences of Columbus’ “discovery” upon the people that had lived here for centuries before he ever set foot on the land.

So, many might not understand that Columbus, while a central figure in anglo American culture and the history of the United States, is a focal point of distress for many Native Americans. A reminder of the beginning of the end of all that had gone before… A point when the rich diverse Native American cultures began to be inundated with foreign European culture that clashed violently at times over the ensuing centuries. A window of time that never closed and left the Native Americans with little to nothing of what they had before Columbus arrived.

So, I think that South Dakota passing actual legislation recognizing the value of the Native American people who lived here before Columbus is a good thing. It is an amazing thing.

But, I also feel that this must become a starting point to discuss relationships between anglos and Indians, where they are headed and what direction they can take that can be beneficial to both cultures.