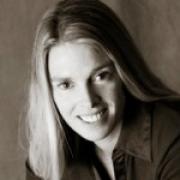 Heidi Yewman
Share This
Add your voice to the comments

Columbine spurred me into action just like Newtown has for millions of moms around the country because quite frankly, we’re pissed. In the past 15 years, the three most deadly shootings in the United States have all been in schools: Sandy Hook, Columbine, and Virginia Tech. Us moms put a lot of physical, mental, and emotional time and energy into our kids. When we send them off to school; we expect them to come home. We expect the time we spend in our minivans driving them to piano lessons and tutoring and dentist appointments to all be worth it. We expect the money we spend on braces and sports equipment and school supplies to all be worth it. And we expect all the worry over curfews, what they eat and who they hang out with to all be worth it, too.

We do all these things as an investment into our kids' future. So when they don’t come home from school because some madmen with a semi-automatic gun kills them, it affects us all.

All moms who watched the coverage of what happened at Sandy Hook six months ago felt two things: relief it wasn’t our child and sadness for the mothers who didn’t feel relief that day. Our hearts ached for their losses and their childrens' future and potential that was taken so violently from them.

Our sadness was quickly replaced by outrage when we discovered that 40 percent of gun sales in America happen without background checks. We were outraged when we found out that just about anyone can buy an AK-47 and magazines that hold 100 bullets. We were outraged when we were told that now is not the time for the discussion about guns. And we were outraged when we heard the NRA’s Wayne LaPierre explained that the solution to a bad guy with a gun is a good guy with a gun. So we held rallies and vigils and stroller jams at our state capitals. We met with and wrote to our legislators hoping they would hear our pleas to make sure Sandy Hook never happens again. After all, they passed sweeping legislation in the United Kingdom after 16 students and one teacher were murdered at Dunblane Primary School in 1996. And they passed sweeping legislation in Australia after a gunman murdered 35 people in Port Arthur in 1996. The citizens of those countries were outraged and their legislators listened and acted.

Well here’s the thing: we’re moms, we're pissed and we’re not going away.

The stakes are too high. We’ve too much invested in our children and we’re willing to do whatever it takes to make sure they get the American dream of life liberty, and the pursuit of happiness. So we’ll keep working to pressure our legislators. We’ll keep on educating our neighbors about our appallingly lax gun laws and we’ll keep holding protests and rallies and vigils on the many anniversaries of mass shootings.

We’ll do this until they listen, they act and all the kids come home safe from school everyday.