My Backyard Meeting With President Obama 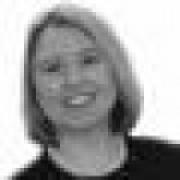 Dawn Josephson
Share This
Add your voice to the comments

Who would have thought that a short one-paragraph post on MomsRising.org about my personal experience with the new healthcare reform act would lead to me meeting President Obama! But that's exactly what happened. About a week after I posted the exciting news that my family's new health insurance cannot exclude my son's pre-existing condition (thanks to the new law), I received a call from the White House asking me for more information about my situation.

Over the next few weeks, several people from the White House and the Department of Health and Human Services called me to ask questions. I even went through a thorough vetting process. When I asked why all this was necessary and how my information would be used for the upcoming six-month anniversary of the Healthcare Affordability Act, no one was sure yet. During all this I remember my husband jokingly saying, "Wouldn't it be great if you got invited to a White House dinner or something?" Sure, that would be great, I thought. But what would I possibly wear? I'm a work-at-home mother of two -- certainly not someone you'd see in the company of the president of the United States.

On Monday, September 20th, at 2pm eastern time, I received yet another call from the Department of Health and Human Services. This one went a little differently than the past ones. "Hi Dawn... I'm calling to see if you and you son can attend an event with us on Wednesday the 22nd. President Obama will be in attendance, and he'd like you to be there as well."

The president wants me at an event? That's not something you hear every day.

I learn that I'd have to fly out the following day. Everything going on in my life says, "No, you can't go." I have to completely rearrange my work schedule and project deadlines... and my clients aren't too happy about that. I have to find someone to watch my two-year-old daughter overnight, as my husband has all-day business meetings on Tuesday and Wednesday that go very late. The woman who usually watches my kids and the only one I'd trust to keep my daughter overnight (I have no family in the area) is already taking care of her grandson and has a daughter-in-law in the hospital ready to give birth. And, perhaps most important... I have nothing to wear!

On Tuesday morning, I get another phone call from the Department of Health and Human Services. "Hi Dawn... The event tomorrow takes place outdoors, in the backyard of a private residence. President Obama is going to start by saying a few words, and then he'd like to call on you to speak and tell your story. Are you okay with this?"

The president wants me to speak at his event? How nerve-wracking is that!

Later that day, my son Wesley and I are on a plane headed to DC.

We arrive at the Health and Human Services building Wednesday morning and start meeting others who were flown in for the event. I meet a woman whose son has a disorder where his body spontaneously develops tumors on nerve cells. He is only seven years old, and without the new law that bans lifetime caps on insurance coverage, he would likely hit his lifetime cap before adulthood. I meet some small business owners who, thanks to the healthcare reform act, can continue to offer and pay for their employees' health insurance. I meet seniors who have received $250 checks to close the "donut hole" in Medicare's prescription coverage. I meet a woman who was uninsured and diagnosed with high-grade non-Hodgkin's lymphoma. Because of the healthcare reform, she was able to enroll in the new Pre-Existing Condition Insurance Plan that will pay for her treatments. I also meet a 24-year-old medical school student who can stay on her parent's insurance plan a few more years so she can finish medical school without worrying about health insurance.

As we are all being driven to the event, I imagine the house and backyard where the president will be speaking. I'm sure it's some regal mansion. After all, this is the president we're talking about.

We turn into what appears to be an average middle class neighborhood, much like my own. Surely this can't be right, I think. Then I start seeing the police cars, blocked off streets, and secret service agents. I guess this is the neighborhood. Don't get me wrong -- it's a beautiful neighborhood with tree-lined streets and well-kept homes. But it's so -- dare I say -- average. My own home could have easily been on that block.

We go through a checkpoint and pull up to a white house. Based on the number of security personnel, this is obviously the house.

We get scanned and searched and then are led into the backyard. We mingle, tell jokes, and receive instructions about how the event will unfold. Then, about 30 minutes after arriving, the big moment arrives. A staffer asks us all to take our seats. All eyes turn to the backdoor facing the yard. It opens, and President Obama casually walks down the steps, as if he were arriving for a cookout with family. No pomp. No circumstance. Just a down-to-earth leader of the free world taking the time to talk to a handful of people.

He walks around and personally greets everyone, shaking hands and giving hugs freely.

The homeowner who is hosting the event (a hemophiliac who is also feeling the positive effects of the recent healthcare reform act because he no longer has a lifetime limit on his coverage) greets everyone and tells his story. He then hands the microphone to the president.

President Obama talks for less than 15 minutes about the Healthcare Affordability Act and its importance. But it's clear this event isn't about him. It's about the American people. So he turns the attention to me and asks me to tell the group (and the media in attendance) my story.

Just as I begin, my son Wesley (age four), who has spent the time so far playing with another little boy in the backyard, wanders to where the adults are gathered. I assume he must have heard my voice and mention of his name and got curious as to what was going on. I see him out of the corner of my eye and announce, "This is Wesley." Just then, Wesley walks over to President Obama and gives him a high-five! He then runs back off to play with his new friend.

I tell the story of how as a self-employed entrepreneur, I have to supply my own health insurance and didn't even have health insurance until 2006, when Wesley was born. The various policies I've had over the past four years always carried some sort of exclusion. We even had one plan that excluded ear infections for children because my kids had had one in the past. But tell me, what kid hasn't had an ear infection?

In July of 2009, Wesley needed eye surgery to correct a problem called strabismus. Shortly after his surgery, the company that we were insured through dropped us, so we had to get new insurance. The new plan, which was very expensive, excluded any treatment related to Wesley's eye. By June of 2010, we couldn't handle the premiums anymore, so we began searching for a new plan.

The new plan we enrolled in is an individual plan and is one of the company's newly created "affordable options." When the insurance company representative called me and said that everything went through underwriting and we were fully covered, I said, "Okay, but..."

"But what's not covered?" I asked.

"Everything is covered," she replied.

Feeling that I wasn't making myself clear, I pointedly asked her, "What about my son and his eye condition. If he needs another surgery (which most kids do need more than one surgery to fully correct the problem), is it covered?"

"Yes," she said. "Your family is fully covered."

I couldn't believe it. She then said, "We no longer exclude pre-existing conditions in children."

It didn't hit me until later that evening what had happened. Legislation from Washington had personally affected my family -- and in a good way! While I know I somehow feel the effects of Washington's laws and rules on a regular basis, I never felt it hit home like this. I was both happy and shocked.

My son certainly does not have a life-threatening or dramatic, heart-wrenching condition. In fact, Wesley's medical condition pales in comparison to being a hemophiliac or having a tumor producing disorder. However, I think that was the point of us being there.

Everyone has something in their medical history. Whether that something is small -- like strabismus -- or big -- like hemophilia -- it's a fact of life that we all get sick at some point. And when insurance companies can use any bit of information as a reason to deny coverage and hike up premiums, they'll do so unless someone steps in to stop it.

So I said it on Wednesday and I'll say it again now: Thank you, President Obama, and thank you to everyone who pushed this healthcare legislation through.

I certainly don't consider my story remarkable, but MomsRising always says that mothers' voices are powerful. As it turns out... they're right!

This blog is part of the Peaceful Revolution series that explores innovative ideas to strengthen America's families through public policies, business practices, and cultural change. Done in collaboration with MomsRising.org, read a new post at the Huffington Post each week.

To see Dawn's latest news and the current action you can take, click here! -Eds.