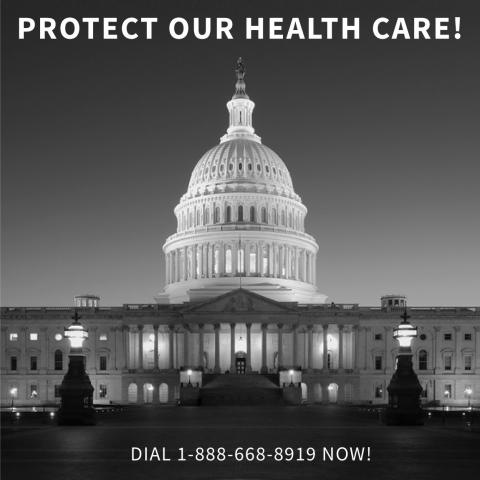 Moments ago, the Congressional Budget Office released its analysis of the Republican health care plan that was passed by the US House of Representatives.

According to the CBO scoring, an estimated 23 million more people would be uninsured under the House legislation than under current law by 2026.

Today’s Congressional Budget Office score reflects what we’ve known for some time now: The Republican health care plan, if passed, would be devastating to families and the economy. It would strip health insurance from 23 million Americans. Families across the country would be forced to pay more for basic coverage and those with pre-existing conditions would likely be priced out of the market entirely. The proposed cuts to Medicaid would mean that millions of families, mothers, children and the elderly would lose their insurance - and that families with health insurance would see their costs skyrocket. The only winners if this legislation becomes law would be the wealthy: individuals, insurance companies and pharmaceutical companies that benefit from the bill’s enormous tax cuts.

Simply put — the Republican health care repeal would not only cost lives and hurt our economy, it makes a mockery of every campaign promise Donald Trump made about health care. Its enactment would be an absolute crisis for our nation, particularly for those who are in vulnerable communities, including: low-income families, people with disabilities, rural communities, and the elderly; with a compounding impact in Black, Latinx, Asian, Native American, and LGBTQ+ communities. The legislation would also defund Planned Parenthood, undermining women’s access to basic health care.

When analyzing the impact of the Republican health care plan and its CBO score, it is important to remember the enormous gains in both quality and access to health care coverage Americans have won under the Affordable Care Act. We simply will not allow Republicans to define stripping health insurance from 23 million people (just 1 million less than their previous legislation) as a success — no matter how hard they try. Too much is at stake, lives are on the line.

The American people have made it clear that the repeal of the ACA is far too dangerous for our country, and have urged the White House and Congress to work with both sides of the aisle to strengthen and improve our health care system. When it comes to health care — and the lives of the people in this country — Congress should be focused on making sure every person has access to the coverage and care that they need, not what’s best for corporate insurance companies’ bottom lines.