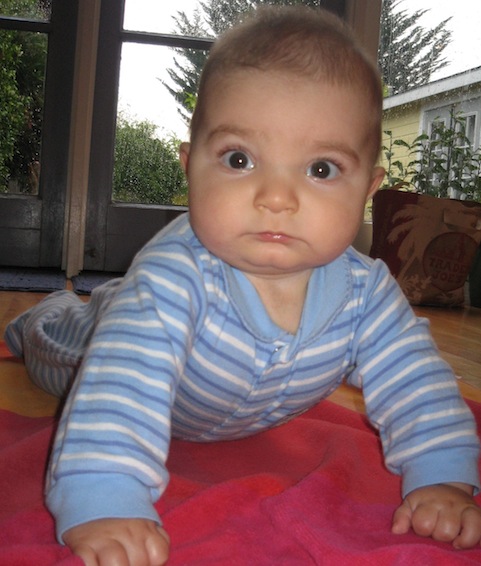 I write about how overworked we are in the U.S., and how we lack government, workplace and familial supports that exist in many other parts of the world to balance work and family demands.

Every once in a while someone gets worked up about one of these stories and leaves a blog comment saying we should all go on a Motherhood Strike.

I never know if this is a joke or not. What would we stop doing? Stop being mothers? But our families need us. Would we stop going to work? But we can't afford it.

What if we just stopped having babies?

This may sound like a silly, made up argument, but right now, women in their childbearing years are "on strike" in more than 90 countries in Europe and Asia and it's creating serious problems.

Confused? I was when I first read about this, too. I grew up hearing about the dangers of overpopulation, not underpopulation. But population growth has slowed dramatically. Today the average woman bears HALF as many children as she did in 1972. According to a Foreign Affairs story by Phillip Longman, the total number of human beings on the planet may begin to decline within our children's lifetime.

This is good news in one way, because fewer people means fewer resources consumed. But it creates other problems. The birth rate is many countries is so low that it threatens the future supply of workers and taxpayers, which in turn, threatens the health and even national security of these countries. Whole cultures could die out. Which begs the question:

Why aren’t women in these countries having more babies?

Because the economics of family life have changed. Women are joining the workforce. They're becoming less inclined to sign up for a large family and the stress and financial strain that goes with it.

You don’t want help us out? they say. Fine. Then raise your own future generation.

Could this happen in America?

Why not? Our current birth rate is 2.1, exactly replacement level. Wouldn't you say that graduating more women from college than at any other time in history while simultaneously providing less support for working families than any developed nation in the world is practically willing it to happen?

I first read about this phenomenon in a 2010 book called The War on Moms, by Sharon Lerner. It's fascinating stuff (and a great book). I started looking for other research about the International Baby Strike (also known as the Global Baby Bust) and found several stories, including this one, a 2008 New York Times story by Russell Shorto called 'No Babies?'

It turns out women in Baby Bust countries want to have more babies but can't swing it when a.) they don't have family-friendly jobs and b.) their husbands won't mop the floor. (We're lookin' at you, Italy!)

From the Times story:

"...women who do more than 75 percent of the housework and child care are less likely to want to have another child than women whose husbands or partners share the load..."

Studies show that when women are given access to things like flexible work schedules and decent, affordable childcare, the birth rate starts to climb closer to replacement levels again. We just need a little helping hand. That’s all.

Also from the Times story:

"In Europe, many countries with greater gender equality have a greater social commitment to day care and other institutional support for working women, which gives those women the possibility of having second or third children."

Some picket line chants, in case you decide to join the International Baby Strike:

Want to write your own chant?

It's fun! Best one will win a prize.

It's too late for me to join the strike. The photo above is my little guy, Jake, when he was about 3 months old.