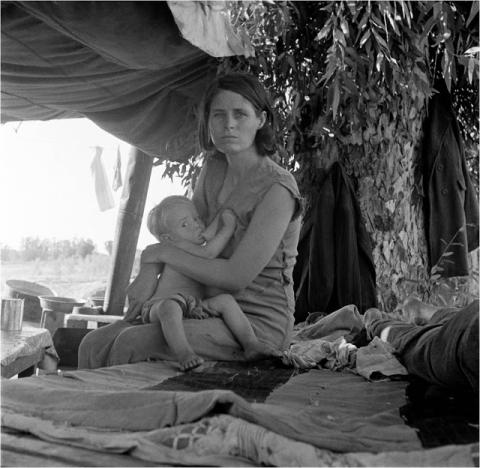 May Justice Be Served: One Mom's Career In Sex Law, Part 2

One day in the early 1950s, my father’s folks loaded their kids into the car and took off down a central Indiana road for a picnic. My dad’s mom sat in the front seat, holding three month old Beverly, in her arms.  As they turned a corner, an oncoming car smashed into them, killing baby Beverly.

Today would we even consider dismantling the child safety seat laws just because some guy fervently believes they are the work of the devil?

Yet very soon now, the Supreme Court will decide whether your boss can take birth control out of your health coverage simply because he disapproves of it.  The boss in this case, Hobby Lobby v. Sebelius, believes that modern birth control destroys life.

He is wrong.  Birth control saves lives. His whole, twisted claim makes me yearn to dust off my power suit and start cross- examining.

If only Supreme Court lawsuits worked like fantasy football. I’d summon two ancestors, Lucy and Sarah, from their humble graves atop a grassy knoll on San Juan Island, a few miles from the farms where they lived and toiled.

Both women pumped water by hand, rising at dawn to milk the cows, churn the butter, gather the eggs, tend rows of vegetables, and scrape their knuckles to the bone scrubbing on a washboard so their children could go to school in clean clothes.

Farm chores grew harder the winter Lucy's youngest nearly died of pneumonia.  Tenderly cradling him with one arm, she nursed him as she pumped water or stirred a simmering pot with her other arm.

At night, Lucy quizzed her daughter on multiplication as she darned socks or re-purposed the wool fabric of old coats, turning it inside out, stitching together a new, smaller garment. A few island families paid $1 for each dress or coat she sewed. She stashed away every precious bill to buy new school shoes for her four children.

Sarah saved the nickels she earned selling eggs to buy Christmas presents for her kids.  She prayed they would have a better life, maybe even go to college.

If only Lucy and Sarah could testify, they would brandish bottles of Lysol and turpentine, and speak of the dozens of sickening ways they used these poisons, in desperation, to prevent more pregnancies. In tears, they would hold up the knitting needles, crochet hooks, scissors and coat hangers that women of their era plunged into their wombs, crying, “We were already stretched so thin caring for the children we had. We just couldn’t afford any more.”

To this day, Lucy’s kids remember how their mom lay bedridden, vomiting and writhing from these horrors. Lucy was the lucky one.  As her newborn cried and bill collectors came knocking, Sarah took one last, gruesome attempt at avoiding pregnancy.  As a result, she died of infection.

Five little girls were left to navigate the dark waters of the Great Depression without their mother’s love.

Modern birth control would have saved Sarah’s life and helped both mothers, and their children, and millions more like them, enjoy far better health. Shockingly, in the U.S. 500 women/year still die from pregnancy itself, and globally pregnancy is the leading cause of death for women age 15-19.

That is why #4- All of the above, is the correct answer to the quiz: Of the Greatest Public Health Achievements of the 20th Century, which of these made the Top 10 List?

Kudos to all who participated!

In other words, birth control (i.e. condoms, diaphragms, the Pill and IUDs) ranks right up there with seat belts, child booster seats and antibiotics on the Top Ten List of Greatest Public Health Achievements of the 20th Century.

Now quick, could someone persuade members of the Supreme Court to reflect on this list, and what it stands for-- an entire century of our ancestors’ real life experiences--before they decide whether bosses should be able to thwart their female employees’ access to birth control?

After all, condoms and diaphragms existed in Mary and Sarah’s day.  But a few powerful men blocked women’s access, declaring it the crime of obscenity for anyone to buy or sell contraception.

Every era has a few powerful men obsessed with controlling women’s bodies. The boss in Hobby Lobby is simply re-branding the same old phobia of those who sent Sarah to her grave.