Love Is a Powerful Thing 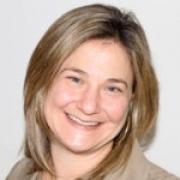 Caren Benjamin
Share This
Add your voice to the comments

Love is powerful thing.  Just ask Sen. Rob Portman, who put himself at considerable political peril by embracing gay marriage after learning that someone he knows and loves is gay. It is in this light that his recent vote to block common-sense gun violence prevention legislation is so profoundly disturbing. Like Sen. Portman, more and more Americans have come to accept or embrace the idea of gay marriage simply because they know someone who is gay and who deserves to be happy. Is that what it will take to get guns out of the hands of violent criminals? Will we all have to have known and loved someone who was murdered and deserved to live?

Portman’s vote in April blocked consideration of bipartisan legislation that would have gone a long way toward keeping guns out of the hands of dangerous criminals.  The law as it stands now is so broken as to be laughable.

I feel pretty certain that Sen. Portman believes, as I do, that these prohibitions are reasonable. Here’s what’s not reasonable: Under the current system you only have to undergo a background check to buy a gun if you do so from a licensed gun dealer.  Yet 40 percent of guns in this country are sold in wholly unregulated markets like gun shows or Internet arms dealers.

The choice is entirely up to the gun purchaser. They can either tacitly choose to undergo a background check by buying from a licensed dealer, or not. This is akin to allowing two separate lines at airport security – one for people who want to go through a metal detector and have their belongings searched and one for those who don’t.  If you were a terrorist with a gun, of course you’d opt to go through the line that was blindly waving through 40 percent of passengers.

The legislation Senator Portman blocked would have closed the biggest of these loopholes, requiring instant criminal background checks for gun purchases at gun shows and on the Internet.

Yet Sen. Portman said in a written statement that he voted to continue to allow unregulated gun sales to criminals because he did not believe changing the system “would be effective in preventing the kind of heartbreaking loss of life seen in Newtown or in other recent tragic incidents.” Here’s the thing, Sen. Portman: It could prevent one death, one parent from losing a child. You of all people should know that is enough.

In truth, what Senator Portman was concerned about was his own political career. He had come out in support of something politically unpopular with a subset of his constituency rather than stand and fight for what’s right because he did not have a personal stake in it … yet.

I say “yet” because we are, none of us, safe from gun violence. Sen. Portman has written that his son’s coming out caused him to think about gay marriage in a much deeper way.  He considered whether his new position fit with his long time conservatism and decided it did because it would in fact strengthen marriage and family.  The same can easily be said about a position in support of expanded criminal background checks for gun purchases. Most conservatives pride themselves on supporting law and order and expanding background checks so that guns used in crimes can be traced back to the purchaser is certainly the obvious law and order position. That’s why a groundswell of law enforcement officials has been coming forward to support common-sense gun violence prevention regulation.

But conservatism is an intellectual argument and in the end, Portman admitted that he now supports gay marriage not out of some reasoned ideology but from the perspective of a father. I ask him then to take that perspective a step further and apply it to people he does not know and to unspeakable, horrible, tragedies that have yet to happen and might, just might, be preventable.

In the end, Portman summed up his conversion with a nod to his Christian faith and his understanding that the overarching themes of the Bible are of love, and compassion.  Yes, Sen. Portman. Yes, indeed.  A lesson well learned and one that should be carried farther into your political career, for all our children.