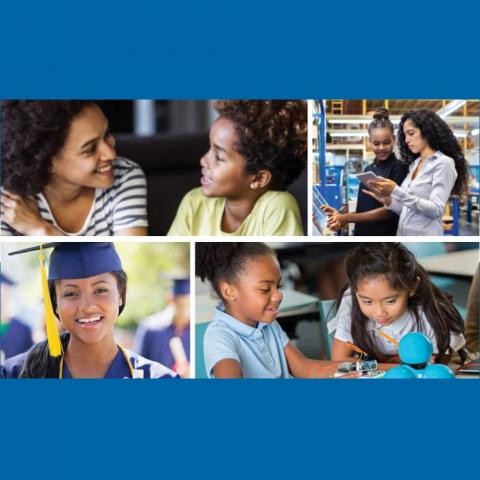 Women's Equity in Education and Employment 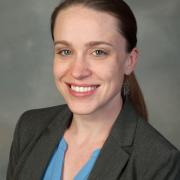 Meagan Crowe
Share This
Add your voice to the comments

On average, a woman working full-time, year-round in the United States must work for 15 months to get paid as much as a man working full-time, year-round earns in 12. It will take her 50 years to get paid what he earns in just 40 – for Black women, it’s 66. The persistent lifetime earnings gap between men and women derives from outdated attitudes and institutionalized gender and racial discrimination that systemically deprive women of equal opportunities and undermine efforts to expand workforce diversity which has been shown to benefit both society and our economy.

Working women collectively lose $956 billion every year to the gender pay gap, on average being paid just $0.82 for every dollar that men are paid. The wage gap is disproportionately large for Black and Brown women who are paid significantly less than their white and Asian peers, compared to every dollar paid to a white, non-Hispanic male. Black women are paid $0.63 to Native American women's $0.50 and Latina women’s $0.55, compared with $0.79 for white women and $0.87 for Asian and Pacific Islander women. Keep in mind that vast discrepancies in pay exist among women from different ethnic and national backgrounds even within discrete racial identities.

The gender pay gap is worse in the South where women earn on average is $0.78 for every dollar earned by men. Just four of the 17 states in SEF’s region – Delaware, Florida, Maryland, and North Carolina – had a gender pay gap narrower than the national average in 2019 according to the National Partnership for Women & Families. Among the remaining 13 Southern states, pay gaps ranged from $0.20 in Georgia to $0.28 in Louisiana.

“No country can ever truly flourish if it stifles the potential of its women and deprives itself of the contribution of half its citizens.”

The equity gap doesn’t just harm individual women. According to Bloomberg, in 2019 alone, the United States lost $2.6 trillion in unrealized workplace productivity due to gender inequality – adding to a total of $21.4 trillion between 1990 and 2021. For businesses, gender equity is linked to increased revenues and productivity from customer relations. Female leaders have demonstrated higher financial returns on equity, higher dividend payments for shareholders, and more fair wealth distribution.

Differences in the types of jobs in which men and women are concentrated account for only about half of wage differences. Even when comparing women and men with similar experience and backgrounds working similar jobs, a consistent 10 percent wage gap remains.

In fact, according to a 2018 report from Georgetown University, women earn more postsecondary credentials at all levels than men, but women typically need an additional credential or degree to earn the same amount as similarly situated men. Systemic influences further disadvantage Black and Latina women who earn postsecondary credentials and degrees at rates lower than their Asian and white peers for a host of system-based reasons.

“If we think of life as a long race, it is education that provides the training, the nourishment, and the support. Without good quality education, you walk up to the starting line with a severe disadvantage.”

Black and Latina girls are more likely than their white and Asian counterparts to grow up in poverty and to attend underperforming schools. They are also more likely to be the target of disciplinary actions in school and less likely to get the support they need to succeed. That systemic racism extends to the workforce – compared with white and Asian women, Black, Latina, and Native American women experience significant, disparate outcomes that negatively impact their children and lead to a multi-generational cycle of low educational attainment and poverty.

All women, but especially women of color, are overrepresented in lower-paying industries as well as the lower-paid occupations within them. Mothers, in particular, represent a 3.5 times larger share of low-wage workers than do fathers. Women are less likely to be promoted to leadership positions, and jobs historically seen as “women’s work”, such as those found in the service and hospitality, health care, and education industries, are undervalued and underpaid compared with jobs seen as “men’s jobs.”

“Equal pay for equal work continues to be seen as applying to equal pay for men and women in the same occupation while the larger point of continuing relevance in our day is that some occupations have depressed wages because women are the chief employee. The former is a pattern of sex discrimination, the latter of institutionalized sexism.”

Alice S. Rossi, professor of Sociology at the University of Massachusetts

Historically, individual women’s career progression was interrupted when they had families, a trend that persists today as women are still expected to take on the majority of child and family care and domestic responsibilities. The pandemic exacerbated this issue by decimating an already deficient childcare system and sending millions of children home for virtual schooling. Even in families where men took on greater amounts of household and family chores, their portion of the work remained largely the same. Likewise, working mothers were 28 percent more likely to report suffering burnout than fathers.

These systemic disadvantages, coupled with pandemic impacts caused women to drop out of the labor force at significantly higher rates than men. One in four are still considering it. Between February 2020 and 2021, 2.3 million women left the labor force compared with 1.8 million men.

To make matters worse, women are returning to work in lower numbers than men and their unemployment levels remain high.

Over the next few weeks, the Southern Education Foundation will present readers with two follow up pieces, one of which being a state-by-state view of the current status of women in the South, and the other to include policy considerations and state examples for education, business, and government leaders to adapt for all the women that they work with and serve.