I am speaking to the future 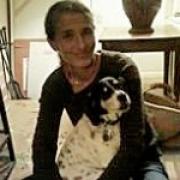 Lisa Kiser
Share This
Add your voice to the comments

When I speak about the violence that occurred on October 28th, 2002, I do so with the understanding that I am speaking to the future, not the past. Always unsure of who is listening and the impact of my words, I speak these words to all of you that I will never know: you are the person whose life my words will save one day, and neither of us knows it at this moment.

But I love your life as much as I love my own, for I have seen firsthand what it means to die because of gun violence, and have lived the ten years since, carrying the weight of that knowledge in my heart and in my very being.  On October 28th, 2002, I was a fourth-semester nursing student—soon to graduate—taking a critical care midterm exam, when a fellow student who was failing the class came into the classroom and shot two of my professors to death. He had five semi-automatic weapons, hundreds of rounds of ammunition, and a mental health history that should have precluded him from purchasing guns.

A few minutes prior to entering the classroom, he had shot another professor to death in her office. After the shootings, he held the class briefly, decided to let us go, then shot himself to death. One reason we need sensible gun control laws in this country, such as universal background checks, is that we will have a better chance at saving the lives of those who are mentally ill who commit such horrendous crimes. Of course, the innocent victims come first; but as a nurse educator and nurse practitioner, I can tell you that prevention of violence also helps the perpetrator, and the generations that are also impacted, such as my fellow student’s children, whom I remember as well.

So speaking to the future, I am also speaking to you, the perpetuator of gun violence, so we may reach you, support you, and help you heal before you decide to commit the mad act of violence that will destroy your life, and most likely the lives of your loved ones.

We are nurses. We can do this. We just need the chance.

And finally, I will speak a moment to you, who are reading this in the present: act now, for you truly do not know when the next act of gun violence will occur.  I lectured on gun violence last summer, highlighting the fact that homicide and suicide are the second and third leading cause of death of adolescents and young adults in our nation—think about that for a minute.  Then, a week later, a teen family member of one of my students was shot to death.  And I am motivated to write this today because two days ago, six people were shot to death in Santa Monica, where my aunt lives.  Six more lives my words were too late to save; one of those lives could have been my aunt.

But speaking together, calm and insistent, we will achieve sensible gun control laws and reduce gun violence in our nation. I look forward to the day when that peace is what I carry in my heart, and I will work with my entire being to help make it happen.