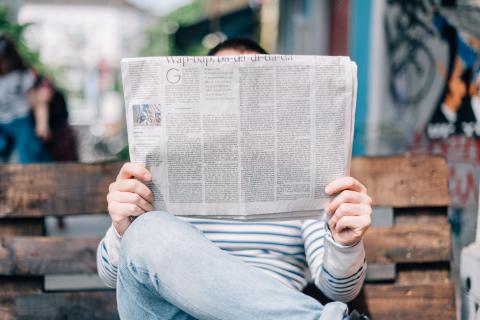 Photo by Roman Kraft on Unsplash

How to Teach Kids to Recognize Fake News

Fake news has gotten a lot of attention. Even the term has earned several definitions. The quantity and types of news sources in the digital age have made it more challenging to determine what's real and what's fake. Reputable news outlets adhere to a code of ethical standards that ensures that what's being reported is true to the best of their knowledge. They publish their codes of ethics and standards on their websites. You can read the Society of Professional Journalists Code of Ethics to get a sense of the rules reporters must follow.

Of course, a lot of times, figuring out what's real and what's fake comes down to whom you trust and why. Some people distrust traditional news organizations (what they call the "mainstream media") and prefer newer voices. Some people choose to trust the news outlets they're familiar with. Kids should always follow the steps to media literacy and fact-check information. In general, the following are the key identifiers of legitimate and fake news.