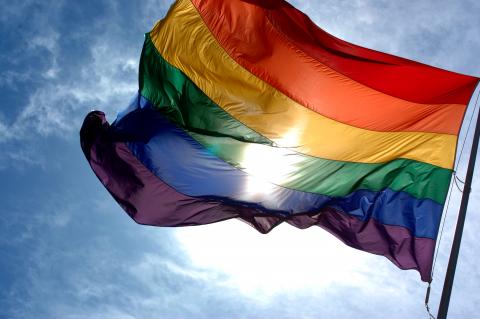 Jen Herrick
Share This
Add your voice to the comments

This post originally appeared on People For the American Way.

There's a lot at stake as Congress takes up the so-called farm bill. It starts with farmers and the agriculture industry, but it reaches a broad range of programs like the Supplemental Nutrition Assistance Program (SNAP) that come under Department of Agriculture jurisdiction. SNAP plays a critical role in addressing food insecurity for millions of low-income people, and the SNAP eligibility and benefit cuts proposed by the House will have a devastating impact on their health and wellness. The risk is even greater for LGBTQ people who are not only 1.6 times more likely to experience food insecurity, but who are also particularly vulnerable to employment discrimination and new SNAP time limits and work requirements. People For the American Way is among the LGBTQ and allied organizations urging opposition to the House proposal. You can download our letter here.

The undersigned 56 lesbian, gay, bisexual, transgender, and queer (LGBTQ) and allied organizations are writing to ask that you oppose H.R. 2, the Agriculture and Nutrition Act of 2018. This bill, as written, will have exceptionally negative impacts on the health and wellness of the LGBTQ community, as well as that of all low-income Americans regardless of their gender identity or sexual orientation.

According to the Williams Institute, 27% of LGBTQ adults—2.2 million people—experienced food insecurity in 2014.1 LGBTQ individuals accounted for 4.7% of all food insecure Americans in 2014 despite only 3.7% of Americans identifying as LGBTQ that year.2

The Supplemental Nutrition Assistance Program (SNAP) is the nation’s primary nutrition assistance program, and it plays a critical role in addressing food insecurity for 44.2 million low-income individuals, including LGBTQ people.3 According to the Williams Institute’s analysis of nationally representative data, LGBT adults are 1.6 times more likely to experience food insecurity than non-LGBT adults.4 The Williams Institute also found, based on data from the National Survey of Family Growth (NSFG), that 27% of all lesbian, gay, and bisexual Americans between the ages of 18 and 44—nearly 1.37 million Americans—participated in SNAP in the year prior to the survey.5 According to a nationally representative survey commissioned by the Center for American Progress (CAP) in 2017, more than twice as many respondents who identified as LGBTQ reported using SNAP in the past year (21%), than did non-LGBTQ respondents (9%).6 The Williams Institute additionally found that food insecurity and SNAP participation are not distributed evenly in the LGBT community—people of color, women, bisexuals, those with children, the unmarried, and younger adults experienced the highest rates of food insecurity and SNAP participation.7 Thus, the bill’s proposed changes to SNAP would disproportionately hurt LGBTQ people.

The proposed eligibility and benefit cuts in H.R. 2 would cause one million households with two million individuals to lose access to food assistance altogether or experience a reduction in benefits.8 H.R. 2 would require SNAP beneficiaries ages 18 through 59 who are not living with a disability or raising a child under six to prove once a month that they are working at least twenty hours a week, participating at least twenty hours a week in a work program, or a combination of the two. Those who cannot meet these new requirements would face harsh sanctions. The first failure would mean a loss of benefits for twelve months and each subsequent failure would deny individuals from enrolling for thirty-six months. Individuals would only regain their eligibility by working at least halftime for a month or requalify through an exemption, such as disability.

In addition to threatening food access for LGBTQ Americans, H.R. 2 fails to provide legal protections that would ensure that LGBTQ SNAP participants will have equal access to employment opportunities that can lift them out of poverty.

Additionally, narrowing the meaning of caregiving to solely the rearing of children below the age of six when calculating satisfaction of the work requirement would be damaging to the approximately 3.6 million LGBTQ Americans who are engaged in family caregiving. LGBTQ caregivers already face unique challenges in meeting the needs of chosen and biological family, including increased financial strain, poorer health, and emotional stress.14

To subject food insecure households with LGBTQ individuals to these new time limits and work requirements with no protections or real assurances of adequate and sufficient employment and training opportunities is particularly cruel, and undermines the goals of SNAP and the entirety of the social safety net. The bill would only ensure that more people will go hungry and turn to the underground economy in order to get their basic needs met.15 Therefore, we implore you: vote no on H.R. 2 when it comes to the House floor in the coming weeks.