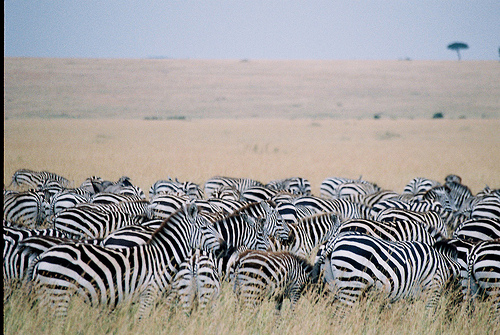 A little over a year ago I had a nervous breakdown trying to raise three kids and work a demanding job. People keep telling me how brave I am to write about what happened to me. But I don't feel brave. Actually I'm quite sensitive and I worry about what other people think. It helps that more than 100 women and men, parents and non-parents, have sent emails or written comments on my stories about their own struggles to live a meaningful life in the face of work demands that can be all consuming. Yet, the occasional negative comment can get right under my skin.

Recently I had my first story published as part of the MomsRising/Peaceful Revolution column on the Huffington Post. ("If You Give a Mouse a Prozac") If you haven't read it, the story was about how my dealings with the medical system seemed to, at times, make my problems worse.

Scanning anonymous comments on a story you've written is akin to sticking your bare foot in a swamp full of crocodiles. My husband warned me not to look.

But curiosity compelled me.

It didn't take long to see what he meant. The second comment was from "IrishMale":

It's difficult for me to see the author as anything but a victim of her own choices. Balancing a career and two young children is difficult, absolutely. So if you can't hack it, don't work or don't have kids. Did someone force her to be in this position?

I have to agree with you (and I'm a woman...for those of you who believe that IrishMale only feels this way because he is a man!). These are the choices she made. No one forced the author to have children and a job and I'm unwilling to accept the idea that she didn't know how difficult it would be before she and her husband made that choice. It IS a choice...we need to stop pretending that it isn't. I'm just waiting for the "It Takes a Village" arguments to come out here...

Those of us who have chosen not to have children already put money through our taxes into other people's children in a myriad of ways (which is the way it has to be...I'm not complaining about that) and have to pick up the slack in a hundred different ways for parents who can't work for a million different reasons on any given day (I am complaining about this as it seems to be against the law to compensate us for our extra effort and time in the form of increased salaries or promotions). Please don't tell me we also have to help parents because of how overwhelming parenting is. I understand how overwhelming it is which is why I choose not to do it...I'm not interested in helping anyone else do it anymore than I already am...

Most of the comments were much kinder, of course. But I want to talk about these two, for a reason that has nothing to do with hurt feelings. Both writers are expressing sentiments I think many parents have felt but rarely heard articulated. It's that look you get when you leave early for a parent-teacher conference, or the silence on the other end of the phone when you call in sick, again, because your daughter has strep.

These comments are a reminder about why it's so important to talk and write about these issues. When we don't address them head on, they have a way of slithering into our subconscious. So let's shine a little light on the subject.

"The author is a victim of her own choices..."

Working mothers are not crackheads. Having children is not just another lifestyle choice. If we want to keep this little human experiment going, then we need a sizable chunk of the population to keep having children.

In today's economy, two working parents is often an economic necessity. However, most workplaces are still designed for people who don't take care of children. Which would explain why most working mothers (90% according to the research), suffer from issues around work-family conflict. Sure, not everyone burns out like I did, although you'd be surprised by how many do. The problem isn't even limited to mothers anymore--dads now report higher work-family conflict than moms (95%).

We all not "victims" of our own choices. The workplace is not in sync with the realities of raising children in the 21st century.

Why should I have to "pick up the slack" for working parents?

It's true that parents tend to have more constraints on their time than non-parents. This is also true of the tens of millions of workers caring for elderly parents or a loved one who is ill. However, I have never seen study or statistic that says we are less productive.

Working moms are the most hyper-productive people I know. They don't waste time in office politics and chit-chat. That's a luxury for people who don't have to be at daycare before it closes at six.

Non-parents should be compensated for our "extra effort and time"

I guess the second commenter hasn't heard about pay inequity between mothers and non-mothers, which is far worse than the pay gap between women and men. (Women without children make 9% less than their male counterparts; mothers make a whopping 27% less.)

I found this comment particularly upsetting because I know several women (mothers) who would admit that they're being underpaid for their work, or have been denied promotions they know they deserve. Why don't they stand up for themselves? Because they feel so lucky to have a job that gives them a little flexibility that they're afraid to ask for what they're worth. Their guilt helps keep that pay gap yawning wide open.

What would happen if every mother with children at home dropped out of the workforce? We're talking about millions and millions of talented, motivated, experienced employees. Our employers need us just as much as we need them.

Why should I have to pay taxes for your children?

I'm glad you asked. Because our children are your future.

Valerie Young said this so well in a recent article on momsrising.org:

As a nation, we should face facts and admit that we desperately need women to have children, and mothers and fathers to raise and provide for them. These children will drive the economy, extend the boundaries of achievement and knowledge, defend and protect us, and run our country...Hiding behind “lifestyle choices” to avoid our collective responsibility to parents and children, regardless of what individual choices we may make, is shortsighted, and carries far-reaching costs.

These every-man-for-himself arguments remind me of my 3-year-old son who says, "No! I can do it myself!" every time I buckle him into his car seat. He also thinks he is a triceratops.

It's nice to think we are each invincible, all powerful. But we're not. We're mammals--soft, slow, and not very fierce ones at that. Social creatures who travel in packs for security. We weren't designed to go it alone, and while I agree individual responsibility is vitally important, there are some things we can't do all by ourselves. That's why we have a government. That's why we have Medicare and Social Security and public schools and libraries. Because at one time or another, each one of us needs a little help. Our success depends on each other.

When we don't look at these arguments for what they are, we are in danger of internalizing them. They start to feel true. Which means we're less likely to ask for flexibility at work, or demand the raise that we've earned, or vote for social programs that benefit families. And that really gets under my skin.

Cross-posted from the MomsRising column, A Peaceful Revolution, at the Huffington Post. A Peaceful Revolution is a blog about innovative ideas to strengthen America’s families through public policies, business practices, and cultural change. Done in collaboration with MomsRising.org, read a new post here each week.