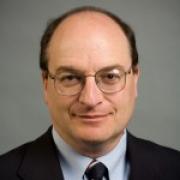 Daniel Weiss
Share This
Add your voice to the comments

The devastating Hurricane Sandy caused a huge swath of destruction in the mid-Atlantic region of the United States on October 29. The storm is responsible for at least 110 fatalities in the United States. Preliminary estimates indicate that it caused $30 billion in damages, with only one-quarter to one-half covered by insurance.
Unfortunately, Sandy is only the latest extreme weather event that severely afflicted Americans over the past two years. The Center for American Progress report “Heavy Weather: How Climate Destruction Harms Middle and Lower Income Americans” analyzes the impact of the 21 most destructive extreme weather events in 2011 and 2012. These floods, droughts, heat waves, storms, and wild fires caused at least $1 billion in damages each, and took at least 1,021 lives.
The report determined that these devastating weather events typically harmed households with income at or below the national median household income. Such households often lack the resources to quickly recover from these devastating extreme weather events.
Scientists warn that climate change will exacerbate the severity and/or frequency of these extreme weather episodes. Unless we reduce the carbon pollution responsible for climate change, the damage from these events will continue to harm middle- and lower-income Americans.
Munich Re, the world’s largest reinsurance firm, found that North America is experiencing a tremendous rise in extreme weather disasters-a nearly fivefold increase over the past three decades. The firm concluded that this is due to climate change and that this trend will continue in the future.
Many of the most economically destructive 2011 and 2012 extreme weather events harmed people with average household incomes below the U.S. median annual household income of $51,914:

In order to curb climate change and help communities prepare for future extreme weather events, we must adopt these and other measures.