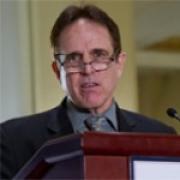 Steve Gutow
Share This
Add your voice to the comments

We can make America safer. But first, we need an honest conversation about the unacceptable current level of gun violence; and we must acknowledge that reducing firearms injuries and deaths is our shared responsibility. Too often, our values of liberty and safety are pitted against one another.  Simply, this is a false choice; we can pursue and protect both. For the sake of our nation and the families that see sons, daughters, mothers, and fathers taken every day, we must have an honest conversation free of hyperbole and hysteria and a serious public policy discussion aimed at reducing violence.

On an average, we lose 33 lives a day from firearms – a statistic without parallel among the world’s wealthiest nations. These are not lives that would be lost anyway. They are taken by guns, readily available and often legally purchased.

Most American gun owners are law abiding and responsible citizens who in no way should be saddled with the guilt of others. But each of us shares an obligation to protect her or his neighbors and simple precautionary measures could mean a better world. The Torah takes this responsibility for each other seriously. When you build a house, we are commanded, “you shall make a fence around your roof, that you not bring blood upon your house, if any one falls from there (Deut. 22:8).” A death we could have prevented is a death we should have prevented.

Our shared commitment to public safety does not conflict with our constitutional rights. Most of us agree that certain weapons are too dangerous to own and that we should prohibit violent criminals from buying guns. The rabbis of the Talmud warned us not to sell “any object which can damage the public” to those likely to harm us. Today, we can help live out this commandment through quick background checks at gun stores.

Background checks work. Since first enacted in 1994, background checks have prevented 2 million gun purchases, likely deterring even more. And at an average of 2 minutes per background check, this is done with a minimal amount of inconvenience. Unfortunately, the federal background check system we have set up is imperfect. The background check requirement only applies to licensed dealers, leaving an exemption known as the gun show loophole. This is not an insignificant exemption. According to a study by Johns Hopkins University, nearly 80% of criminals who used a gun acquired it through this loophole.

Passing an expanded background check bill supported by 90% of Americans, including many gun owners, is necessary, but it is not sufficient. The fence around our roof is still incomplete. Many of the guns on our streets come from licensed dealers through straw purchasers. These scofflaws buy guns legally and then sell them to those who cannot. Laws to prevent that have been intentionally weakened. In Chicago, for instance, almost 30% of the guns recovered by police between January 2008 and March 2012 came from two licensed gun dealers.  However, Congress has legislated to purposefully make data to trace the guns and hold the dealers responsible  difficult.

“Do not stand idly by the blood of your neighbor (Lev. 19:16),” yet that is precisely what we are doing. Worse, instead of being idle, we actively undermine what should be the fence to protect our neighbor and ourselves. The violence can be ended. But first we need to be honest.