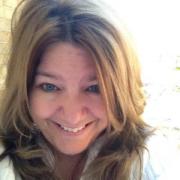 Leigh Anne Treistman
Share This
Add your voice to the comments

“You are a gun owner?” gasped my then sophomore aged son.  “I am a gun owner,” I replied. No one in my neighborhood in The Woodlands, Texas  where I have resided for the last seventeen years would believe that a person like me, who has advocated for stronger laws to protect the over 30,000 people who die due to gun violence per year, is also a gun owner. “What kind of gun, mom?”  he replied in shock. “It’s a 357 Magnum which was given to me by my dad when I was sixteen," I responded, knowing already that he was quite curious about how I might have acquired a gun without him knowing about it.

Like many families across the nation, I grew up in a gun culture. My dad was a cop, a hunter and former military man. My grandparents were from Deep East Texas where owning a .22 was as commonplace as owning a television. I traveled with a gun in my car as a teenager before there was a piece of paper called a license to carry. Guns were not locked up. They were always loaded. They were always accessible.

In both my personal life and my professional life as a high school teacher,  I have encountered things that have shaped my opinion on gun violence and how we can and should work together to reduce it.  And while it may seem anecdotal, I think if we stop and take a look at our own circumstances surrounding guns, we might be able to come up with real solutions for a problem that steals the lives of the people we love.

For privacy purposes I am going to wrap our own family incidences up neatly without the use of names: one 18 year old killed in a hunting accident his senior year, one person with a traumatic brain injury arrested while under the influence of alcohol and in a possession of a handgun, one person inebriated and in the possession of a loaded weapon, one person being treated by a psychiatrist for depression, one person at work with a rumor of a gun on campus,   one person under lockdown while at school due to a threat outside the building, and one neighbor murdered by her  boyfriend.

Let’s  also take a look at the messages I have received from my children, my students, my teaching colleagues and my friends in the last several years.

“Mom, you may have seen the news but I am fine.” A text from my son at UT Austin after a bomb threat.

“ I’m locked inside the architecture building and someone has a weapon at the PCL. Can you see the news?”

“ I have struggled this year, that was my  former student that was murdered.”

“My colleague has been shot at the convenience store—they shot a customer too.”

“He’s locked himself in the closet with a gun--what am I going to do?”

“They  shot and killed the man that owns the store near my house. And the kids that did it --they live in my neighborhood! ”.

Legislation  promotes different behavior from people. After all if people were going to do things more safely, they would have already done it by now  and we would not see the recurring stories in  headline news.

First-- Keep the guns out of the house. Store them someplace where no one you love can get to them. This is the rule I have lived by--the safest way to avoid a run in with a gun is for it not to be present. I am a rightful owner--but it is not on these premises. Guests in your home should not stumble upon a weapon you “hid in a safe spot.” We put valuables in a lock box which we go to retrieve, why not lock up our guns too?

Second-Mental health laws are archaic in the United States and family members should be able to file paperwork that prevents the sale  of a gun to a person who is distraught, addicted, under psychiatric care and/or taking medications for certain disorders. The “privacy laws” that people are so concerned about don’t keep the caregiver, the ill person, or the public safe. If the person is well enough to file that paperwork on their own-great. But family caregivers ought to be able to help communicate with and advocate for the person who is sick. Let the person who believes  the family has harmed their constitutional rights bear the responsibility to file paperwork arguing otherwise.

We could go along way in reducing the number of suicides in our country.

Third-Let’s restrict guns from people in certain environments. Dorms filled with students in an age range where gun deaths are high do not need to be filled with weapons. On school campuses, teachers like me, who can not find a dry erase marker when I need it, do not need to be issued a gun to keep up with as well.  A trained police officer and a metal detector at one major entrance will do.

Fourth-If you have had a charge of domestic violence filed against you in any state-your gun ownership days are gone.

Five--Young people, specifically young men between the ages of 15-19, are prone to gun deaths. If it is gang related, which much of it is, then prevention and proactive involvement with younger boys to keep them from ever entering a gang to begin with is a must.

Six--we tolerate horrific level of violence from people, “under the influence” and we need to tighten  the laws associated with alcohol.  Maximize punishment for people who are committing crimes while intoxicated. Strip a person of a weapon if repeated alcohol offenses are on the books.

Seven--According to the Department of Justice, there are 2 occupations that  suffer a disproportionate  rate of gun violence --taxi cab drivers and convenience store clerks. Recently,  a man named Mr. Sadruddin was killed in his own convenience store in Conroe, Texas by two kids ages  13 and 19 respectively. My students had some nice things to say about Mr. “Sam” as they called him. We had been debating gun violence in class throughout the  year. Suddenly, the gun violence was not just some story in the news. Shouldn’t there be some laws enacted to ensure the safety  of those workers?

My boys are 14 and 21 respectively. They are not too far from the ages of the teens that killed Mr. Sadruddin. I have been teaching school for over a decade and I have never met a parent that did not care about their kids. I wince, knowing that the lives of several families have been permanently  changed.   I listen to the my boys as they debate over whether or not anyone would really consider me to be  a gun owner. “You are not really a gun owner, Mama”. “”Like have you ever even shot it?”  “Do you even know how to use it?” “ Where do you even keep it?”

I am thoughtful. The oldest one says, “No one in this country  would consider you to be a gun owner if it is not in the house.”

I think about all of the important things people store away from home. Paperwork. Jewelry. Passports. Money. Wills.

And I think about the silver- gray .357 Magnum that I have owned since I was sixteen.