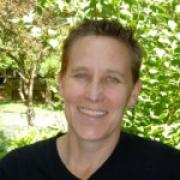 Jennifer Harvey
Share This
Add your voice to the comments

Note from the author: Fifty years after the March of Washington we have so much more to do to make sure the dream for which so many gave lives during the Civil Rights Movement is truly birthed. Those of us who are white, and who are persuaded of the meaning and truth of the dream, must (and can) step up to make sure that we and our children actively help it to be realized. -Jennifer Harvey, Living Formations

I vote that we strike the following from our parental lexicon:

I realize this is counterintuitive. But I’m completely serious.

These statements are so abstract they’re mostly meaningless when handed to a seven (or even seventeen) year-old. That’s at best. At worst, they’re empty filler—stand-ins for the actual conversations about race, racial difference and racism we need to be having with our kids.

Sugar when our kids need protein.

Yet, if white college students are to be believed, these statements are standard in many white households.

My students write racial autobiography papers. It’s a pretty straightforward assignment: describe the impact of racial identity in your life—not race generally but your race, significant experiences/teachings/thoughts pertaining to that identity at various life stages. Interview two family members about their experiences of and beliefs about being ‘x.’

(As it turns out, this is a really hard assignment for white students for reasons that are important and revealing. More on that later in this blog series.)

Time and again my white students write that “everybody’s equal” is the “most important” thing their parents taught them about race. Time and again a not insignificant number of them then proceed to describe their present trepidation about a) telling their parents they date interracially; b) bringing home a Latino/a or Black classmate; c) Thanksgiving break when everyone will silently tolerate the family member who makes racist comments; or d) something else that reveals how deeply and clearly these students know this “most important teaching” doesn’t mean a hell of a lot to their actual white experience.

Few notice the contradiction they have themselves managed to describe in the space of only four pages.

I struggled to make sense of these papers for a long time. Then, Nurture Shock (not a book about race) gave me some help. It reports on social scientists’ studies to figure out why so many white kids have such poor facility in engaging racial difference and challenging racism despite their exposure to (liberalish) white culture’s “everybody’s equal” mantras. Turns out our kids, literally, don’t know what “everybody is equal” means. It’s an empty phrase. A numbed out flourish. (Sugar.)

Meanwhile, they are daily assailed by a relentless barrage of anti-black imagery, Native American stereotypes, slurs against dark-skinned non-native English speakers and on and on.

Our happy equality and shared humanity platitudes just don’t stand a chance. It’s sort of like putting your kid in front of a 30-minute television show. The first 28 minutes show children bullying and generally treating each other like crap. The last two resolve into a nice, moral lesson on kindness. Guess which part of the show kids absorb and imitate? (Another amazing study reported in Nurture Shock.)

Note: this is aside from whatever’s going on in families which have somehow simultaneously taught “we’re all equal” while making clear interracial dating is a no-no. (Eduardo Bonilla-Silva documents something similar among individuals. Liberal, conservative, or moderate, whites interviewed insist they don’t see color only to say something overtly anti-black/brown/etc. mere moments later. Incoherence is, apparently, pervasive in white culture.) But, even if we’re assuredly not the parents who convey negative views of interracial dating, there is urgency here. We must figure out what these findings—Nurture Shock’s and my own—mean for how we talk (and don’t and should talk) to white kids.

I know “everybody’s equal” means “we all deserve to be treated with fairness.” And when we tell kids we’re all the same underneath skin, gender, sexuaity, physical abilities and other differences we’re trying to tell them we share human dignity and worth.

Obviously I believe these things.

But, have you ever actually met a “generic” human? Someone without a race or a gender?

Well, guess what? Neither has your child.

And by the age of three our kids are aware of this fact (even though they don’t yet use adult categories to talk about it). If you don’t believe me, pick up The First R. You will be stunned by what preschool children know and do in regard to race.

Platitudes are not enough.

One more “stat.” I read a study some time ago (I now can’t find it now, sorry!) comparing white and Black families. It found that on average African American parents start talking about race with their African American children by age 3. White parents with white kids? Age 13.

Is it any wonder my white students are so racially baffled and behind? That they look like deer in headlights when I tell them we’re going to talk about race in their actual lives? It’s not just the fact of being white, and thus insulated from the negative affects of racism**, that works against their developing aptitude about race and anti-racism. We, their parents, are working against them too!

(**Though I believe white children are deeply harmed as well—in different ways.)

Worse, imagine what happens in my classes when students of color describe their experiences of racism, and their white peers stare at them numbly, repeating: “everybody is equal,” “we’re all the same underneath our skin.” Let’s just say nothing about this exchange inspires robust interracial friendship to develop. Nor does it provide students of color reason to think they’ve found the allies they’ve been hoping for: interested peers prepared to help build a more just racial future.

I vote that we strike. Turns out these aren’t teachings at all.

So, if it’s your four-year-old starting to notice darker skin (which happens when we raise our kids in predominantly white environments), the platitude “we’re all the same underneath” implies they’re noticing something they shouldn’t and insinuates there’s something wrong with darker skin we must need to overlook (meanwhile, your child hears remarks about beautiful blue eyes and blonde hair all the time). How about discussions about and images of the many different beautiful shades of dark skin instead?

If it’s your eight-year-old describing a racially-tinged encounter at school, to respond “everybody’s equal” is to hand her/him a passive belief where active, imaginative, strategic thinking about an empowered action is what she/he needs. “How did you feel when that happened? What do you want to do if it happens again? How can I support you in trying that?”

Unfortunately, I don’t have a list of pat answers on what we should be teaching. But, that’s not a cop out. That, in fact, is the point.

We don’t assume pat answers are adequate for enabling our children to learn to navigate relationships, nutrition, sexuality, religion, emotions, or any other challenging reality. Nor do we leave them alone to figure it out.

We equip ourselves, so we can enable them.

Why should race and racism be any different?

Pat answers may be evidence of how many parents haven’t ourselves developed the very facility we need to help our children build. As a result their questions, observations and experiences launch us into terrain we haven’t learned to navigate. They make us deeply uncomfortable.

But again, we are able and willing to develop facility and work through discomfort in so many areas parenting springs on us. Race is no different.

So try this. Imagine the conversations that may have taken place between parents and their Black or Latino/a children after Trayvon Martin was killed and Zimmerman walked. I’d be willing to bet that pat answers were nowhere in site  sight.

This thought experiment doesn’t give us the content, but it does show us the standard for what caliber of  conversation is required of us. If we want our white children to live in a world with more racial justice than the one we live in now, we need to figure out how to have conversations with them as real, thick, painful, resilient, strategic and authentic as the conversations those parents had to have. So that our kids can help build that world.

As much as we love our kids, we can not only want to figure this out. We can figure it out.

Yours in Search of Robust Protein,

A fellow parent with white kids