For Newtown, Moms unite to making this country safer 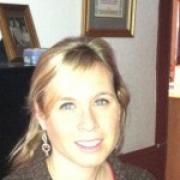 Katherine Morosky
Share This
Add your voice to the comments

I am a mom from Newtown, and my younger daughter is six years old. Before December 14, 2012, I would have described myself differently: political moderate, high school science teacher. But in the six months since that terrible day, when 20 of my daughter’s peers and six of her teacher’s colleagues were murdered at Sandy Hook Elementary School, right down the road from my daughter’s own school, being a Newtown mom seems to overshadow everything else about me. I am raising my family in a place that exemplifies America’s most chilling truth. Everything we value most: our children, our families, our friends, our way of life, is under a constant threat. And that’s because, in the hands of civilians, there are too many weapons designed to do maximum damage in minimum time.

I have heard firsthand about what happened at Sandy Hook Elementary School and what resonates the most is that the killer was able to do the unfathomable in fewer than five minutes. The power of the legally obtained weapons made all the difference. If the Sandy Hook killer had a gun that shot more slowly and if he had reloaded more frequently, more children would be alive. My 6-year-old daughter’s friend ran out of Vicky Soto’s classroom when the shooter put his gun down. The bullets that the killer used literally ripped the tiny victims’ bodies apart. No hunter would want their trophy dismembered like my daughters’ friends were. Why are gun and ammo manufacturers selling these “products” in a civil society that is not under any threat of war here in the homeland? I could never imagine myself carrying a weapon in or outside of school, but I have certainly wondered whether the massacre in my community would have played out differently if the teachers or principal had been armed. Many police have recently pointed out that they are simply outgunned due to lack of restrictions on the types of weapons civilians can carry. If teachers are armed, that scenario could play out in schools, too. Would Dawn Hochsprung’s hypothetical gun have been a match for the killer’s Bushmaster? Or should the principal have a fully automatic weapon? I can’t see a logical end to this type of arms race. Moreover, who’s going to pay for it? The most cost-effective way to a safer society is fewer guns.

The Connecticut Legislature was able to pass common-sense gun violence prevention measures in early April with bipartisan support. As we wait for Congress to do the same, thousands of innocent people are dying from guns. These are not “tragic accidents”. They are completely preventable murders. We need our leaders in Washington to act like leaders and pass measures, like simple background checks, that will help make massacres and the daily gun violence plaguing our country less likely. Protecting children from guns is not too much to ask.

I woke up on December 15 knowing that I could only go on if I devoted myself to truly making a difference. It’s only with the pain and grief of today that I can fully appreciate the innocence Newtown once had. Those sunny Sunday afternoons last fall, when I chatted with Jenny Hubbard and Sandy Previdi as our little girls played soccer. We cheered as Catherine and Caroline, now dead, scored goals. What limitless potential each of those children had, and we thought that the riding lessons, dancing classes, excellent public schools were preparing them for a future. Now we know how quickly life and joy can turn to death and despair. This spring, each of the remaining girls on the team wears one pink and one purple sock to remember their lost teammates. We still cheer, but everyone’s shoulders are bent under the heavy burden of life and death in Newtown.